The now 40-year-old actress was just 26 when she landed the role of Lady Mary Crawley. Dockery recently reprised the character for the cinema-released sequel Downton Abbey: A New Era.

Speaking on the Reign With Josh Smith podcast, she said: "Downton certainly gave me a lot of confidence and I think that also came from the character because she is such a strong and a fantastic character to play and there is a sort of confidence that those women of that time had.

"I think that certainly helped me to feel more powerful definitely . . . I feel very lucky that Downton gave me that sort of anchoring from a very young age really."

The actress explained that she was living with three other girls in what felt like a "student house" when she auditioned for the role.

She said she knew Downton Abbey would be a "big deal" as Julian Fellowes had created it and the talent already attached to the show included Hugh Bonneville and Maggie Smith.

Dockery said she had been "anticipating disappointment" after her audition as she had missed out on other parts she wanted.

She said that when her agent told her she had the part, "I had to take a minute and sit down. You know, when I look back, it was life changing at that moment.

"We never would've dreamed it would become the phenomenon the show has become and that 12 years later I’d be sitting here and we’d still be talking about it."

Downton Abbey ran on ITV from 2010 to 2015, following the fortunes of the aristocratic Crawley family and their downstairs servants at a Yorkshire country estate.

It later returned to the big screen in 2019, with the first film focusing on a royal visit to the Crawley family and Downton staff.

The latest movie sees the beloved characters embark on a grand journey to the South of France to uncover the mystery of the Dowager Countess’ newly inherited villa as they try to escape a film crew at Downton.

Dockery described returning to the franchise as like "going back home" to a family. 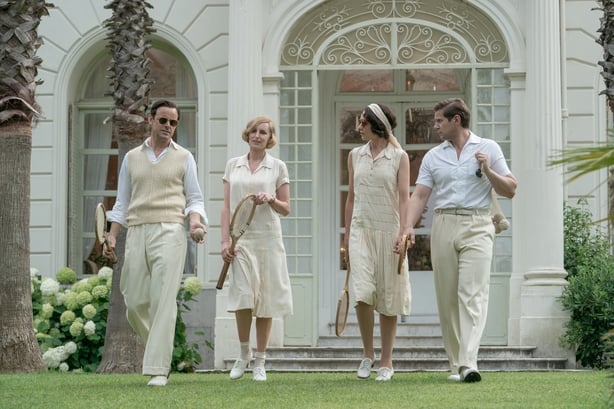 She added: "We are just delighted every time we get to get back together, put on those costumes and shoes again, and sort of slip into very familiar territory, which is quite rare for an actor to be able to go back (and) keep going back to something.

"A lot of the time you are saying goodbye to something and then you are moving on to something quite quickly, a new group of people, a new territory, a different country.

"But whereas with this, it’s like when Downton comes along, it’s like 'Oh, I know this, I know it so well and it makes it really easy actually just to step back into it’."

Dockery said that learning her lines for the film was "easy" as she knows the character so well.

But for her recent role as a criminal barrister in the new series Anatomy Of A Scandal, she had to say her lines "in her sleep" in order to remember them.