Kim Kardashian has said she was "so honoured" to wear a historic dress made famous by Hollywood superstar Marilyn Monroe to this year's Met Gala.

The reality star revealed she was not allowed to make any alterations to the iconic gown, which was on loan to her from the Ripley’s Believe It or Not! museum.

It was worn by Monroe during her famous 1962 performance of Happy Birthday to US president John F Kennedy. 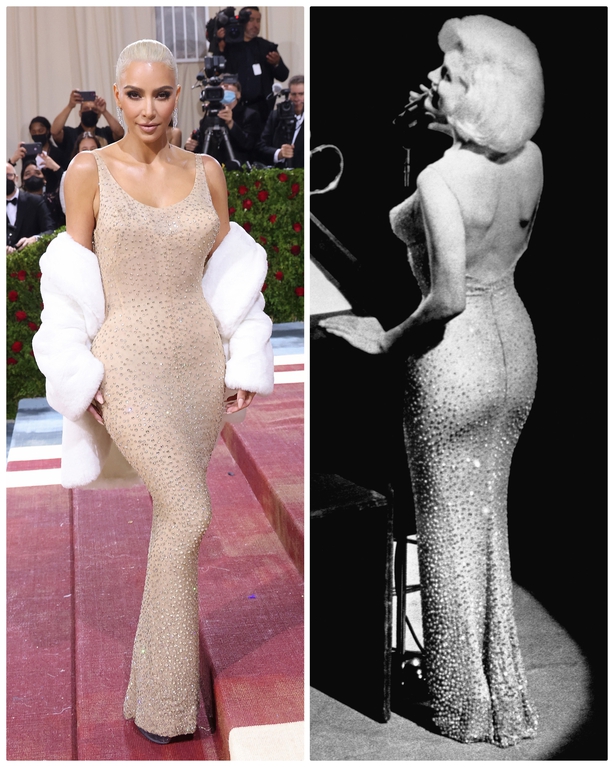 The Met Gala, taking place at The Metropolitan Museum of Art in New York City, is one of the biggest and most exclusive nights in the fashion world and attracts a number of high-end and outrageous outfits.

This year’s theme was Gilded Glamour and Kardashian was joined by other members of her famous family as well as scores of other celebrities including Lizzo, Cardi B, Billie Eilish, Megan Thee Stallion and Sarah Jessica Parker.

Sharing pictures of the gown on Instagram, Kardashian revealed the skin-tight gown was adorned with more than 6,000 crystals, hand-sewn by costumier Jean Louis.

"I am so honoured to be wearing the iconic dress that Marilyn Monroe wore in 1962 to sing Happy Birthday to President John F Kennedy," she wrote.

"It is a stunning skin-tight gown adorned with more than 6,000 hand-sewn crystals by costumier Jean Louis.

"Thank you Ripley’s Believe It or Not! for giving me the opportunity to debut this evocative piece of fashion history for the first time since the late Marilyn Monroe wore it. I am forever grateful for this moment."

"I had this idea to try it on and then they came with armed guards and gloves," she told Vogue on the event’s red carpet.

"It was such a challenge. It was like a (movie) role. I was determined to fit it.

"I haven’t had carbs or sugar in about three weeks. We’re having pizza and donut party back at the hotel (after the Met Gala)."

The evening’s co-host Blake Lively gifted the Met Gala with the first costume change of the night.

Shortly after arriving on the arm of husband and co-host Ryan Reynolds in a bronze and rose Versace gown, the matching bow was unfurled into a large train, transforming her dress into a blue and gold wonder.

The star said her look was a "homage to New York City" with inspiration taken from the Statue of Liberty, the Empire State Building and the blue ceiling of Grand Central Station.

Speaking to Vogue on the red carpet she revealed that her headpiece had seven stars like the city’s famous monument The Statue Of Liberty, and was encrusted with 25 stones to represent the statue’s 25 windows.

Brooklyn Beckham and Nicola Peltz made their debut as a married couple at this year's Met Gala following their star-studded Florida wedding last month.

The pair said the first few weeks of married life had been "so much fun" and that it felt like they were "on a play date forever."

They were joined at the prestigious fashion event by Oscar-winning actor Riz Ahmed, Kate Moss, James Corden and rapper Stormzy. 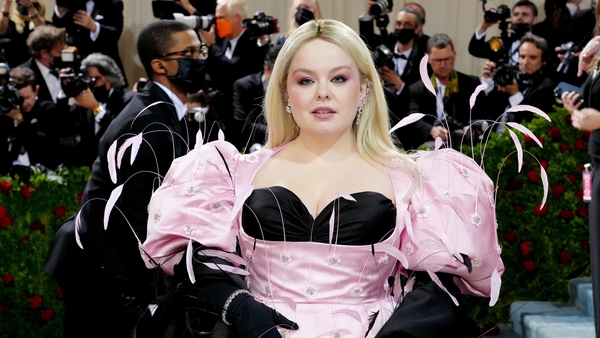 Nicola Coughlan leads the Irish at the Met Gala 2022