Ed Sheeran has played the first of two shows at Croke Park in Dublin today, the first music event at the venue since the pandemic.

Support acts were Denise Chaila and Maisie Peters. Gates opened at 4pm, with the first act on stage at 6pm. Sheeran took to the stage at 8pm.

All tickets to the shows are digital so concert goers are reminded to down load their tickets to their phones before they leave, and to make sure phones are fully charged. Early queuing is not permitted in the streets around Croke Park.

For security reasons no bags larger than A4 size will be allowed in the venue.

A traffic management plan will be in operation by An Garda Siochana. For full details please visit www.garda.ie, and fans are encouraged to use public transport wherever possible.

Gardaí have asked concert goers to be aware that Croke Park is located in a residential area and to respect residents by behaving in an appropriate manner when entering and exiting the area. Gardaí have said anti-social behaviour will not be tolerated.

Tonight's show was the first of eight stadium gigs from Ed Sheeran in Dublin, Limerick, Cork and Belfast.

Some tickets are still available for some dates, and customers are advised to only buy from the official outlet.

Sheeran previously told RTÉ News that the Irish shows, which are the first of a three year world tour, will be played "in the round", on a stage that has been specially designed to have no blind spots for the audience.

He said that the stage and the show will be unlike anything his audience has seen before, and that he was nervous at the prospect. 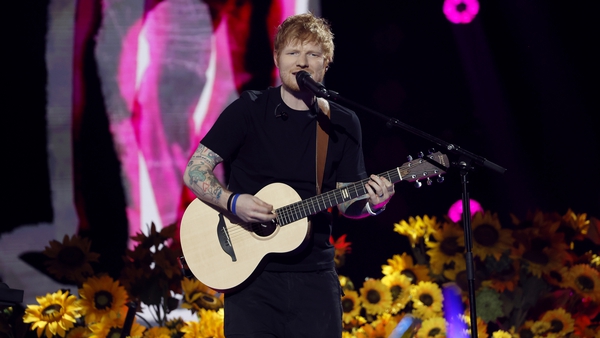