Dublin band Inhaler have announced their biggest hometown headliner yet and will play Fairview Park this June with support from Wet Leg and NewDad.

They play Fairview Park on Saturday, June 25. Tickets priced €29.40 are on sale on Friday, February 18 at 9.00am from ticketmaster.ie. 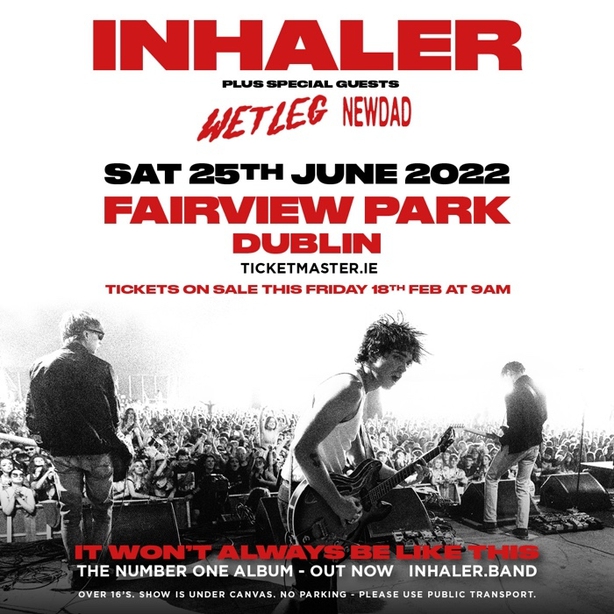 The June show follows last year's release of the band’s debut album, It Won't Always Be Like This, which became the UK’s fastest-selling album on vinyl this century and made and which made Inhaler the first Irish band since The Script in 2009 to top the UK album charts.

The band, who feature singer and guitarist Eli Hewson, bassist Robert Keating, guitarist Josh Jenkinson and drummer Ryan McMahon, will also undertake a US and European tour this summer.