Revolut co-founder Vlad Yatsenko has made good on his promise and donated €1.1 million to The Late Late Toy Show Appeal, pushing the total raised over €6.5 million.

Following technical difficulties with the banking app on Friday night, Yatsenko announced a €100,000 donation to the appeal and pledged to match any further donations made over the weekend via the RevolutApp up to €1m.

In the early hours of Monday, Yatsenko tweeted a screengrab of his extremely generous €1.1 million donation and wrote: "Thank you all for the outpouring of support and donations to the #LateLateToyShow2021 charity appeal via @RevolutApp."

Thank you all for the outpouring of support and donations to the #LateLateToyShow2021 charity appeal via @RevolutApp @RTELateLateShow pic.twitter.com/Cl3rxVlTFS

Revolut, which was founded by Mr Yatsenko and Nikolay Storonsky in 2015 and claims to have 1.5 million Irish customers, was dogged by serious technical issues on Black Friday, with customers having problems signing in, making card payments, topping up their bank cards or making money transfers.

Viewers were hit by technical difficulties on Friday night during the Toy Show while trying to donate to the appeal.

"Hi, there are currently issues affecting our app functionalities," Revolut said on Twitter last Friday. "We're already working to have this resolved as soon as possible. We apologise for the inconvenience! We're really sorry for the trouble."

The RTÉ Toy Show Appeal in partnership with The Community Foundation for Ireland helped over 600,000 children and family members across the island of Ireland last year.

The appeal had surpassed €5 million in donations on Saturday and with Yatsenko's additional donation the total is now over €6.5 million.

Viewers can continue to donate to Irish charities here and via the 'donations' tab on the Revolut app.

Dustin the Turkey was among those who expressed their disappointment with Revolut on Friday night and welcomed Mr Yatsenko's pledge.

Nice one Vlad The Lad! We did it everyone!!!! @vyatsenko the gaffer @RevolutApp has just donated €100k and says he'll match up to a million more!!! #LateLateToyShow #OnceAgainDustinSavesTheDay#YourWelcome https://t.co/bUEoXhBoYq

Catch up on the Late Late Toy Show on the RTÉ Player. 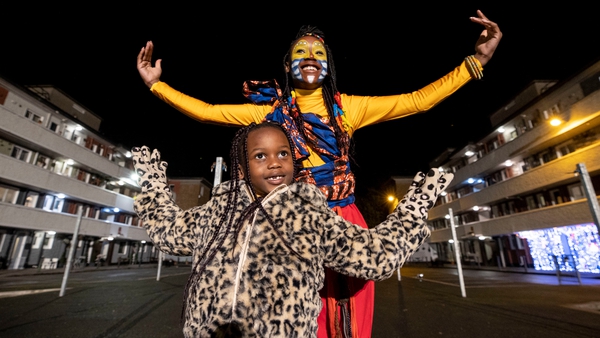