Ronan Keating has shared a brief behind the scenes video ahead of the release of Songs From Home, his new solo album which sees him cover songs by U2, Van Morrison and Ash.

In the clip, Keating who suffered a backlash for his sanitised cover of Pogues' classic Fairytale of New York, can be seen walking around Stephens Green in Dublin to the strains of his version of Damien Rice’s The Blower’s Daughter.

Here's another look behind the scenes at the recording of my new album, 'Songs From Home’!

‘Songs From Home’ is out 12 November and available to pre-order now: https://t.co/g2IJDB6cwx pic.twitter.com/jse28y9HTf

"Coming back yesterday and landing in Dublin airport was very emotional," says the singer, who lives in Australia with his wife Storm and their children.

"The reason I'm coming back to do these songs hit home even more when I came home and it's until you're home that you realise how much you miss the place."

According to his record label, the former Boyzone singer handpicked twelve songs by Irish artists for Songs From Home, which is his 12th solo album.

Keating duets with Mary Black on No Frontiers and has also covered Heyday by Mic Christopher and Bagatelle’s hit Summer in Dublin.

The album, which is out on November 12, also features a new song penned by Keating.

According to Decca Records, "The album toasts Ronan Keating’s love for Irish music, as well as its continued significance in his life. 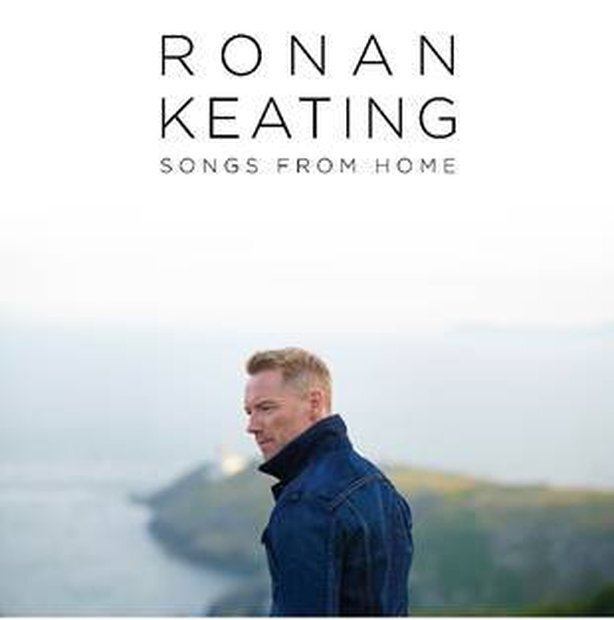 Keating has enjoyed a successful solo career since Boyzone and has also appeared as a judge on the The X Factor and The Voice in Australia and hosted Magic FM's breakfast show and The One Show on BBC One.

The tracklist for Songs From Home is: Raglan Road, Into The Mystic, Where The Streets Have No Name, The Voyage, The Island, Summer In Dublin, Guiding Light, No Frontiers, The Blower's Daughter, The Parting Glass, Heyday, Set In Stone.