The conservatorship that has controlled the life of Britney Spears for 13 years has neared a possible end after a judge suspended her father, and the popstar said later that she was "on cloud 9 right now".

The 39-year-old popstar has yet to release an official statement about the decision, but in what appears to be response to the news, she posted on her Instagram, alongside a video of herself flying a small aircraft, and said: "On cloud 9 right now!!!!

"She did this," he wrote in another slide atop a black-and-white photo of a lion. "Her fan base is called the army for a reason."

Spears's father Jamie was suspended from his role overseeing the pop superstar's estate and the conservatorship controlling her life could be terminated by the end of the year, a US court heard on Wednesday.

A judge in Los Angeles said that Jamie Spears remaining in charge of his daughter’s money was no longer tenable.

He had held the role since 2008, when Spears was deemed unfit to look after herself after suffering a series of mental breakdowns.

She had been pleading for her father to be ousted from the conservatorship – a complex legal arrangement usually reserved for the very old or infirm – and got her wish on Wednesday.

The 69-year-old was ordered to turn over the relevant documents to John Zabel, a certified public accountant, who has been appointed temporary conservator of the singer’s 60 million dollar estate.

Jamie’s legal team had forcefully argued against his suspension, instead arguing termination of the complex legal arrangement was the correct course.

However, judge Brenda Penny said after hearing from both sides, the elder Spears being suspended was in the "best interests" of the singer in order for documents to be handed over.

The historic moment was celebrated wildly by members of the #FreeBritney movement who had gathered outside Los Angeles Superior Court.

Spears, 39, was not in court while her father participated virtually and was represented by his lawyer, Vivian Thoreen.

A hearing to discuss the termination of the conservatorship was set for November 12.

During a heated hearing on Wednesday, Mathew S Rosengart, Spears's newly appointed lawyer, argued forcefully for Jamie’s removal, demanding an end to the "Kafka-esque nightmare" his client was suffering.

The elder Spears remaining involved with the conservatorship was "toxic and untenable", he said, and his daughter would be "extraordinarily distraught" if he stayed in the post.

"He must be suspended today," Mr Rosengart told the court, "not because a lawyer is arguing it but because Britney Spears is pleading for it.

Mr Rosengart said the Spears estate was being run into the ground while her father was in charge and reiterated the singer would not perform again with him in control.

And he alleged Jamie wanted the conservatorship wound up to avoid having his files closely examined.

"What he is afraid of is the revelation of his corruption," Mr Rosengart said.

He also issued a strident defence of California-based accountant Mr Zabel, who had been accused by Jamie's lawyers of being unqualified.

The new conservator was nationally recognised and award-winning, Mr Rosengart said, especially compared to Jamie who he said had a history of gambling and alcohol issues.

Mr Rosengart said it was essential the conservatorship was terminated but only in an "orderly fashion". Jamie’s immediate suspension was of paramount importance, he said.

He discussed at length allegations featured in a recent documentary which claimed the singer was secretly recorded in her bedroom and conversations with her two sons and boyfriend were taped.

She also defended her client’s "impeccable" record as conservator.

He had only ever worked in his daughter’s best interests, the court heard, and was keen to resume contact with her.

What has been described as the world’s most famous conservatorship was catapulted back into the public eye earlier this year following the release of the documentary Framing Britney Spears.

It explored her treatment at the hands of the paparazzi and the terms of her conservatorship.

In June, Spears delivered bombshell testimony in open court, demanding the end of the "abusive" arrangement.

Among the allegations made during a shocking 23-minute speech were claims she was being forced to use a contraceptive device to prevent her from having more children and was unable to marry.

The following month Spears returned to court and called for her father to be prosecuted for conservator abuse.

It was at that hearing Mr Rosengart was appointed and promised to take a more aggressive approach to end the conservatorship.

Spears, who has sold almost 150 million records worldwide, remains one of the biggest stars in pop but has not performed live since 2018. 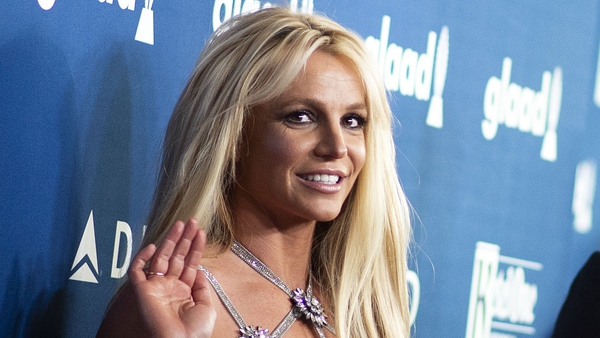 What we've learned about conservatorships from Britney Spears