With news that the country superstar is once again planning a five in a row at Croke Park next September, Alan Corr takes a look at what happened seven years ago when Garth Brooks tried to pull off a similar music marathon

There seemed to be two types of people in Ireland back in the summer of 2014.

400,000 tickets had been sold for the shows before the whole thing came ignobly crashing down in a row over a planning licence. There followed much wailing and gnashing of tweets that we had made a holy show of ourselves once again.

Croker is only allowed to hold five concerts a year and not unreasonably Brooks was only granted a licence for three. A clearly surprised and disappointed singer then pulled all the shows, saying he did not wish to disappoint the people who had already bought their tickets and would miss out on seeing him.

This was certainly strange business practice and most people - fans or otherwise - thought he should at least go ahead with the three gigs and make it up to his fans by returning for two more the following year.

Garth-gate rumbled on for months, with much finger-pointing and accusations that Brooks, perhaps overburdened with hubris, didn't care about his fans and was in it for the money.

Not quite the shocking idea it might seem but certainly at odds with a star who has built his reputation and fortune as a humble everyman who only cares about the music and his adoring public.

The country megastar had clearly bitten off more than he could chew with his plans for five nights at Croker. Not in terms of his popularity in Ireland but when it came to the local council and the good people of Jones' Road and surrounding environs of Croke Park.

But here we are all over again seven years later with reports that Garth is stepping up to the plate once more and planning to play five nights at Croke Park next year. It seems that this is the Hill 16 on which he will die - or realise his dream.

RTÉ News understands that Brooks will try to stage the concerts over two weekends at Croke Park in September 2022.

Silly season (if such a thing exists anymore) is coming to an end for another summer but this is a fast-developing story that has brought back reminders of the mix of consternation and bemusement that shook up the summer of 2014.

And the fog of Déjà vu is already descending. Speaking on RTÉ One's The Claire Byrne Show this morning, the chairperson of the Croke Park Residents Association, Patrick Gates, said reports that Brooks is set to return to play a series of concerts has not been officially communicated to local residents.

Meanwhile, Dublin City Council or Croke Park have yet to make a statement and neither have the promotors of the projected five-night stand.

It is also rumoured that Bruce Springsteen is set to play two nights at Croker next year so why should Brooks get to nab all five of nights at the venue?

There is no doubt that the 59-year-old Brooks is a consummate showman. Ireland has long embraced the more rhinestone and glitz side of country music that is often frowned upon by country purists and nobody has ever done country-pop as well as the multi-millionaire from Tulsa.

However, there may still be a whiff of music snobbery over the idea of Brooks, a man who has turned good ole honky-tonk country into stadium bombast, playing five nights in Croker.

The only other acts who could conceivably have pulled it off back in 2014 - and indeed now - are Springsteen and U2 (no strangers to 10 gallon hats themselves) and one wonders if either act had sought to play five concerts in Croker, would they have faced the same issues.

Advertising graduate Brooks is no Bruce or Bono, but he does have a long history with Ireland. He played to 68,000 fans over eight nights at The Point in 1994 and he did indeed sell out and get to play Croker in 1997.

However, it has been a long, long wait for Irish fans still holding a torch for his return. If tomorrow never comes next year at Croker, how will they feel about being stood up all over again? 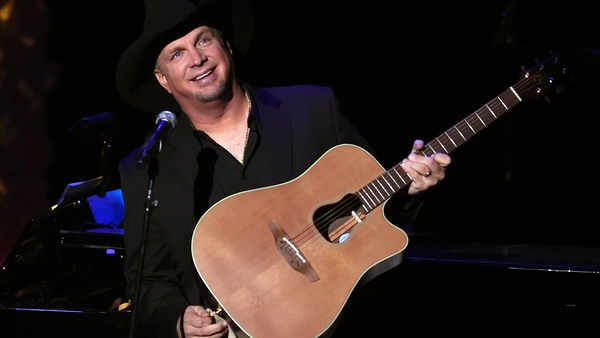