R.E.M. have announced details of a 25th anniversary reissue of their acclaimed 1996 album, New Adventures In Hi-Fi.

Set to be released on October 29, the reissue is part of the band's 40th anniversary celebrations and is trailed by a new version of the song Leave, originally recorded for the soundtrack of A Life Less Ordinary.

The new expanded edition of New Adventures In Hi-Fi, which also featured songs such as New Test Leper and How The West Was Won (And Where it Got Us), includes a 2CD/1 Blu-Ray Deluxe Edition format, as well as an Expanded Edition 2CD version.

a newly remastered version of the album, B-sides and rarities from the era, an hour-long film only previously shown as projections on buildings to promote the album in 1996, and a hardcover book featuring photographs and memories of the album from the band, Patti Smith, Thom Yorke.

Speaking about the new version of Leave, front man Michael Stipe said, "I actually might prefer this version to the one that’s on the record… Well, I wouldn’t say I prefer it, it just tells a different story with the lyric."

"The idea was that the feeling of being on the road would come through in the sound and feel of the record itself."

Guitarist Peter Buck said, "The idea was, 'Let's challenge ourselves’. My feeling was, it’ll show exactly where we’re at right now in a way that maybe some of the records don’t at all. This record was just an attempt to be who we were at that minute." 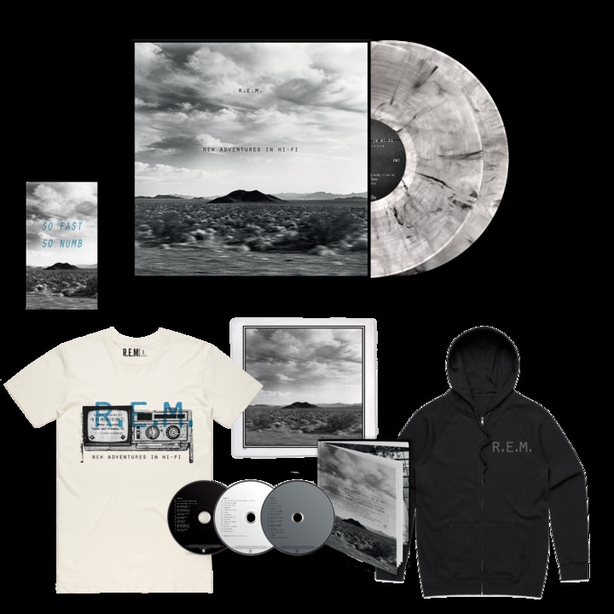 The band, who broke up amicably in 2011, were regular visitors to Ireland and played their first gigs here in 1984 with two nights at Dublin’s SFX in 1984 before supporting U2 at Croke Park in 1985, headlining the RDS in 1989, and headlining Slane Castle in 1995.

They also played a five-night stand at The Olympia in Dublin as a "working rehearsal" for new material for their album Accelerate in 2007.