Irish Women in Harmony, the collective of Irish female singers and musicians who scored a hit last year with their version of Dreams by The Cranberries, have released their new song and it's a cover of A Woman’s Heart favourite, Only a Woman.

Speaking about the new track, Irish Women in Harmony founder, RuthAnne Cunningham, who has co-written hits for Niall Horan, Britney Spears, said, "I got the idea for this new track from the public reaction to Dreams, when people said the Irish Women In Harmony collective reminded them of A Woman’s Heart.

"So, our new single Only A Woman is about what it is to be a woman today. And what better way to celebrate that than to feature the chorus of the iconic Irish song Only A Woman’s Heart written by Eleanor McEvoy.

"We’ve added our own original spin on it with beautifully written spoken-word verses by FeliSpeaks, with vocal features by our own Aimee, Erica Cody, and myself, plus a vocal cameo by Eleanor McEvoy herself. We hope the song connects and inspires and empowers a new age of womanhood for all." 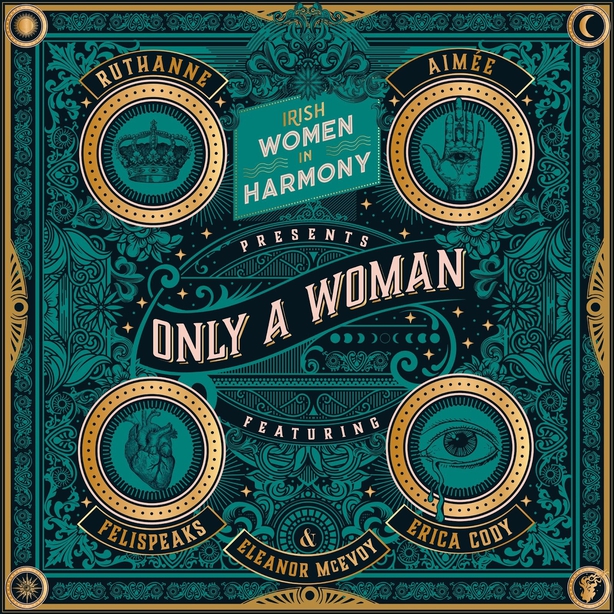 Originally released in 1992, Only A Woman’s Heart - sung by Mary Black and Eleanor McEvoy - was the cornerstone of the multi-platinum A Woman’s Heart compilation, one of the best-selling albums of all time in Ireland.

The new version of the track marks the recorded debut of Nigerian-Irish poet, performer, and playwright Felicia Olusanya, better known as FeliSpeaks.

The collective’s take on Dreams has just marked its first anniversary and has had 3.5 million video views, 5.6 million streams and over 8,000 plays on Irish radio.