Amy Winehouse was found dead in her London home on this day ten years ago. Like many stars with first-name recognition, the diminutive singer was quickly dwarfed by sudden fame

"We had a beautiful time recording together in the studio and I knew that Amy was very happy with how she performed that day. I thought she was absolutely brilliant, and this recording truly captures the essence of her unique artistry. She's a rare talent."

That was music great Tony Bennett talking to RTÉ Entertainment in London’s Dorchester Hotel in 2011 just days before Amy Winehouse was found dead at rock’s tragic number of 27 years of age of alcohol poisoning in her house in Camden.

The song Bennett recorded with Amy was Body and Soul, the 1930s jazz standard made famous by Coleman Hawkins, and a decade ago it gave the then 85-year-old his first Top 40 UK hit in 46 years, with all proceeds from sales going to the Amy Winehouse Foundation.

As Amy often said, Bennett was her favourite singer of all time and although the New York veteran of the golden age was speaking before her tragic death, back then he was very worried about her immediate future.

"I would have loved to spend time with her father and herself and talk to her about the fact that I had a little trouble with drugs when I was young," he said.

"I would tell Amy and her father what happened to me and that the minute I stopped, the whole world opened up and everything became very relaxed and successful for me."

So, what if Amy had indeed stopped and banished her demons and her bad habits? Well, ten years after her death, speculation over the "what ifs" of a solemn anniversary is a rather empty exercise.

Recent and extensive UK tabloid newspaper coverage marking what would have been the 60th birthday of Princess Diana (another young woman hounded to her own early demise by the gawping media and the public’s insatiable voyeurism) was distasteful and exploitative. The same goes for Amy Winehouse.

Better to remember the vivacious Londoner as a proper pop star with a rock `n’ roll heart and a refusal to submit to a grasping music industry or the moralising matrons and glassy-eyed vultures at certain tabloid newspapers. 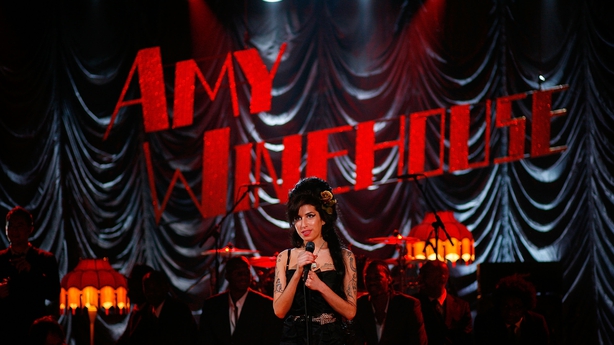 Winehouse was the brassy, boozy singer with the toppling bird’s nest hair who became a tabloid fixture in the latter stages of her short 27 years - a caricature that all but blotted out the person she really was. Worn out by the demands of the industry and terrified by fame, is there really any mystery to why she sank into oblivion like so many music stars before and since?

"I don't think she ever realised just how brilliant she was and how important she is, but that just makes her even more charming." - Adele in 2011

Like everyone, Amy carried emotional baggage, ghosts that she tried to keep under control, and when that’s mixed with money, fame, success, the wrong people, and the constant call of what Joni Mitchell called the star maker machinery behind the popular song, things can quickly go completely out of control.

Media shy for obvious reasons, it was near impossible to divine what really lay in the deep well of her soul. Amy it is fair to say liked to party but what started as the naughty excesses of a goodtime gal with the biting wit of a gangster’s moll, became a grim and very public spectacle of self-destruction.

In the deluge of tributes in the past few days, people have spoken about Amy’s rawness and realness and her willingness to engage with taboo issues which are normally the preserve of the strutting peacocks of bloke rock. Her debut album wasn’t called Frank for nothing.

And that was a huge part of the attraction. Everybody wanted to have a pint with Amy, and everybody probably did. Like a one-woman Rolling Stone, a decadent Spice Girl, or a talented Pete Doherty she embraced the many temptations that come with wild success in the music business and with that comes real and lasting damage.

In rock `n’ roll when someone develops a drug and drink problem, it becomes part of the legend. We don’t necessarily celebrate that in other forms of art and for Amy the "bad" behaviour was all part of the seduction of her music and voice. After all, many of her music heroes and heroines met a similar fate.

She also became perhaps the first victim of the era when newspapers first went fully digital, and her exploits were grist for the ever-churning online mill. In 2008 she was arrested twice and admitted to rehab. 2009 and 2010 were also turbulent years for Winehouse; she was arrested again, charged with a public order offence and she divorced her husband, Blake Fielder-Civil, the Nancy to her Sid and the Courtney to her Kurt.

All of it, from a blear-eyed Amy wandering down the street in an obvious state of disrepair to Amy incapacitated on stage in front of 20,000 people, became an almost daily record of her fall. In the immediate aftermath of her death, a vulgar tug of love over her legacy broke out between her father Mitch and just about anyone who claimed to have known his daughter. It was an unsightly mess that in all likelihood terrified Britney Spears at the time.

As to her legacy, well quite apart from the salutary lesson about the evils of addiction, Amy certainly paved the way for a new generation of gutsy female solo acts who burnished tradition with a modern swing. Duffy enjoyed huge success with a more polite version of Amy’s broken-down blues sound and the bewildering rise of Paloma Faith owes a lot to the trail she blazed.

And then Amy becomes a rumour, a ghost of a once passionate, funny, and talented artist who vanishes forever in a final tumble into the void on a quiet Camden street on a blazingly hot day in 2011

Her fellow London girl Adele has become one of the most successful female acts of all time since Amy’s death, and she is more than happy to acknowledge Winehouse's influence. Ten years ago, Adele thanked her for "paving the way for artists like me. She made people excited about British music again whilst being fearlessly hilarious and blasé about the whole thing. I don’t think she ever realised just how brilliant she was and how important she is, but that just makes her even more charming."

From her voice to her artfully dishevelled retro image, Amy certainly called up the spirit and the sound of a golden age in American music, delving deep into the past to remake it in her own brassy style but she was also a very modern pop star.

Back to Black (the sixteen million-selling second album on which uber-producer Mark Ronson helped turn Amy’s old school songs into souped-up modern pop hits) was cut from Motown and Stax but it is also one of the slickest sounding albums of modern times, designed with chart success and radio play in mind despite its vintage veneer.

The BBC is airing Reclaiming Amy, a new documentary about the late singer on Friday night in which her family and friends reveal the truth about her and the impact that her loss has had on them. Janis Winehouse-Collins aims to reclaim the legacy of her daughter by celebrating her as a complex and strong woman, giving a different version of events from the story of the singer so often told. 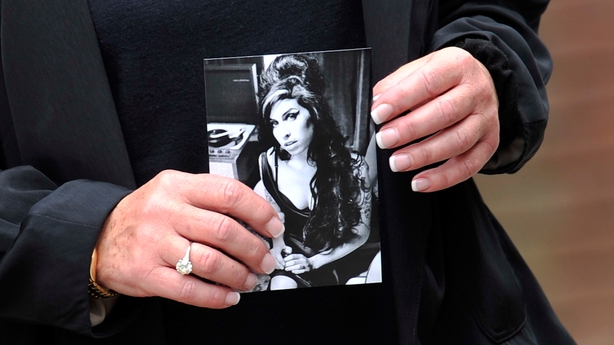 However, the best portrait of Amy, both angel and demon, you’re ever likely to see is Asif Kapadia’s superb 2015 film, Amy. His long and forensically detailed documentary about pop’s lost girl became the second most successful British made documentary of all time and it’s shot through with as much heartache and sadness as one of her songs.

Like many stars with first-name recognition, the diminutive singer was quickly dwarfed by sudden fame. But Kapadia’s film gets behind the myth and the tabloid whipping girl to find the real Amy. We see her vamping it up as she impersonates Marilyn Monroe at a friend’s birthday party in 1998, we see a bleary-eyed Amy in the back of her first manager’s car on the way to an early gig in Brighton, and we see her stumbling Bambi-eyed and legged into the hot glare of sudden global fame.

And then Amy becomes a rumour, a ghost of a once passionate, funny, and talented artist who vanishes forever in a final tumble into the void on a quiet Camden street on a blazingly hot day in 2011.

Towards the end, she really did just want to disappear. Perhaps the most telling scene in Kapadia’s film comes when we see Amy on-stage in a London club as part of a live televised link-up to LA where her hero Tony Bennett (yes, that man again) announces that she is the winner of multiple Grammys for Back to Black. 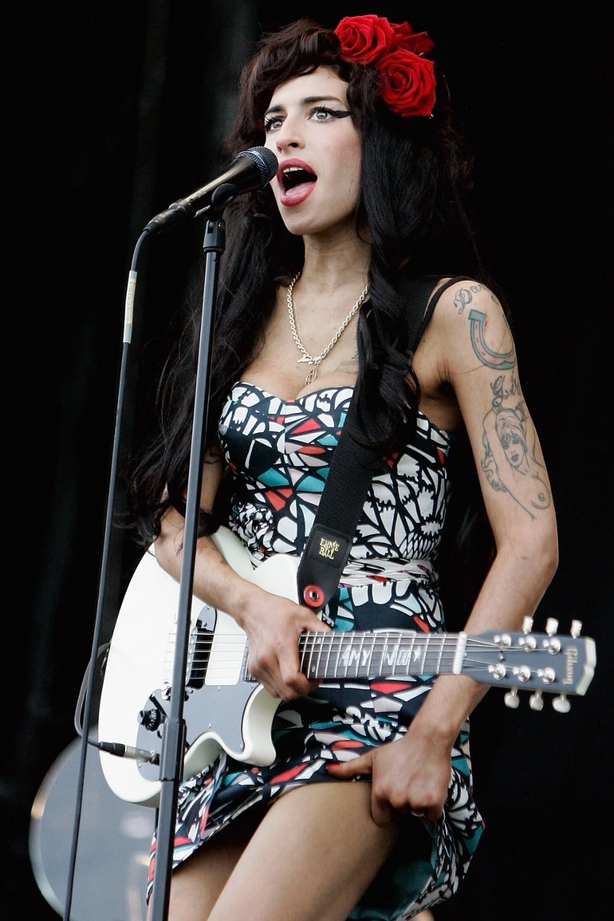 The camera cuts to a then clean and sober Amy. She fakes elation and shock and then turns to a friend and says, "this is so boring without drugs." It is a desperately sad moment.

But back to Back in Black, the seemingly timeless retro album that became Amy’s final musical farewell a full five years before her death. Under the copious credits to producers Ronson and Salaam Remi and red-hot band, The Dap Kings, are Amy’s personal thank yous.

As well as sending her regards to "anyone who falls in love every day", she also wrote, "This album is dedicated to my nan Cynthia, god rest her soul. I love you, Nan. Don’t stop paying me visits while I’m asleep."

Are we set for another Garth-gate at Croker in 2022?