Britney Spears has told a court in Los Angeles that she wants her father Jamie Spears charged with conservatorship abuse.

Britney Spears addressed a court for the second time in less than a month and delivered more bombshell evidence.

Speaking to the packed room over the phone, she listed a series of grievances against the conservatorship, alleging her hair vitamins and coffee had been taken from her.

The singer said she wanted the complex legal arrangement that oversees her life and career terminated without the need for a medical assessment, but indicated her top priority was ousting her father Jamie from his role while allowing co-conservator Jodi Montgomery to remain.

She said: "My dad needs to be removed today and I will be happy with Jodi helping me."

The hearing took place inside a packed court in downtown Los Angeles, with around 60 masked journalists and fans in attendance.

Mathew S Rosengart, a high-powered Hollywood lawyer who was approved during the hearing by Judge Penny to represent Spears, was also in attendance.

Rosengart has previously represented Hollywood stars Sean Penn and Steven Spielberg. He told the court his law firm was more than capable of handling the complex case.

His arrival is expected to signal a more aggressive approach to ending the conservatorship.

The arrangement has been in place since 2008 after Ms Spears, who has two children with ex-husband Kevin Federline, suffered a series of mental breakdowns.

Mr Spears oversees her estate, while Ms Montgomery is in charge of her person.

On Wednesday, Ms Spears initially told the judge she wanted the courtroom cleared before she spoke, but changed her mind and said she would speak publicly.

Samuel Ingham, her court-appointed lawyer who had been in post since the conservatorship started, but who resigned following her June 23 testimony, interrupted the court to say she was texting him.

The singer wanted to address the court again, he said.

"I am here now today your honour to show you who I want as my lawyer and to remove my dad," she said.

Ms Spears reiterated her statement from last month when repeating her desire to not have to undergo further medical assessment in order for the conservatorship to be terminated.

She said: "I just want you to understand how much of my time they have taken by forcing me to do these psyche tests and nothing comes of it."

Ms Spears was highly critical of her father and said she has "extreme abandonment issues".

Apparently recalling her childhood, she said she was "extremely scared of my dad" and feared he was always going to "show up drunk somewhere and embarrass me".

Mr Spears, 69, is a recovering alcoholic.

The judge asked Ms Spears to slow down so the court reporter could take down her testimony.

Ms Spears said: "I’m here to press charges. I’m angry and I will go there."

Finishing her speech, which she said she had written down, the singer said: "I want him (her father) removed and I want a court-appointed lawyer and I want investigations."

The judge thanked Ms Spears for her testimony.

Before Ms Spears addressed the court, Mr Rosengart argued why she should be allowed to choose her own lawyer.

"Ms Spears does absolutely have a constitutional right to select her own attorney," he said, citing the fifth and sixth amendments of the US Constitution, which lay out a person's right to a fair trial.

He said Ms Spears’ "powerful, compelling, honest" testimony from last month proves she is "more than capable of hiring her own counsel".

Vivian Thoreen, Jamie’s lawyer, said he had no issue with Spears choosing her own legal representation.

Outside Los Angeles Superior Court, fans of Ms Spears marched through the streets chanting their support.

The courtroom could not accommodate all those who wanted a seat and there was a queue of fans in the corridor during the hearing.

During the hearing, Judge Penny also accepted the resignation of Bessemer Trust, the financial management firm brought in to help oversee the estate.

It said it wanted to step down after Ms Spears made it clear last month she wanted the conservatorship ended.

Ms Spears celebrated being allowed to choose her own legal representation with a joyous post on social media, thanking her army of fans for supporting her.

Alongside a video of her riding a horse and doing cartwheels, she said, "Coming along, folks... New with real representation today... I feel gratitude and blessed!"

Adding the hashtag #FreeBritney, she also said, "Thank you to my fans who are supporting me. You have no idea what it means to me to be supported by such awesome fans! God bless you all!"

The #FreeBritney movement has long called for the conservatorship to be terminated. 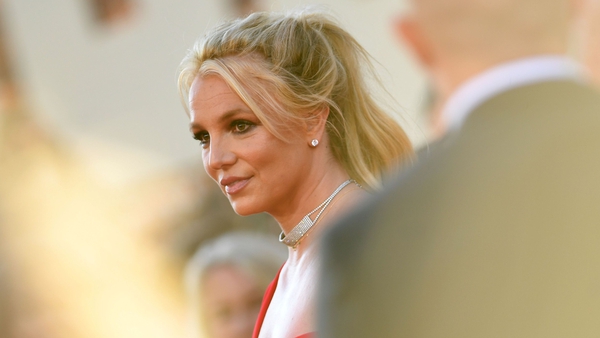 What has happened since Britney Spears's conservatorship testimony