A British diver involved in rescuing a group of young footballers from a cave in Thailand has praised Colin Farrell’s "diligent" method acting approach to portraying him in a forthcoming film.

John Volanthen and Richard Stanton were part of a team of divers who saved 12 boys and their coach after they got trapped in the cave when it flooded in 2018.

Volanthen and Stanton will be played by actors Farrell and Viggo Mortensen respectively in the upcoming drama Thirteen Lives from director Ron Howard.

Volanthen told ITV’s This Morning he had spent a "fair bit of time" with Farrell via video call, adding that he has been "impressed by his diligence".

"I've spent a fair bit of time with him on Zoom, I've been impressed by his diligence", he told presenters Eamonn Holmes and Ruth Langsford.

"So, over the time that he was filming, he’s been training to run," he continued.

"I do a lot of running and, ultimately, at the end of the filming, he ran the Brisbane Marathon in a very respectable time, which I think is quite diligent for a method actor."

He added that he had asked for Mr Bean to play him, "but I was told by Ron Howard in no uncertain terms he wasn’t making that sort of movie".

Stanton said he had also had a lot of contact with Mortensen ahead of the film’s release.

He told This Morning: "I was communicating with him for many months before filming started just so he could get my mannerisms and the way I talk, and obviously he’s a very skilled actor and you see him assimilate your character until he becomes a better me than I am."

In 2019 Stanton and Volanthen were both presented with the George Medal for their roles in the rescue mission.

The boys, aged between 11 and 16 and members of the Wild Boars youth football team, had cycled with their coach to the caves to explore when they became marooned inside. 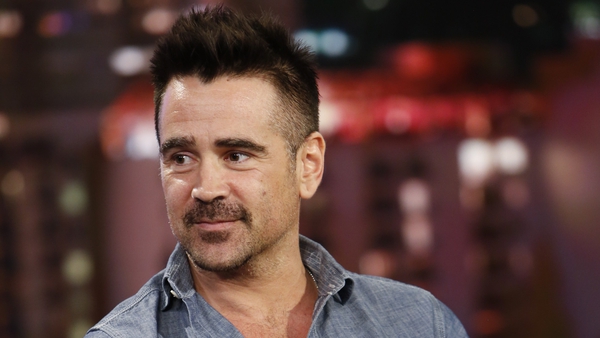 Colin Farrell: 'It's been a tragic and difficult year'