Apprentice star Claude Littner will be absent from the next series of the BBC programme as he recovers from multiple surgeries after a serious accident.

The TV star and businessman, 72, had an accident in April while riding an electric bike and will now have to learn to walk again after injuring his right leg so badly that he has required nine surgeries to date and doctors initially thought they may have to amputate.

Former Apprentice winner and entrepreneur Tim Campbell will join Lord Alan Sugar and Baroness Karren Brady in the boardroom in his place when the upcoming BBC series returns in early 2022.

Littner, a former chief executive of Tottenham Hotspur and long-time friend and business associate of Lord Sugar, said the accident happened about a mile away from his home in Mill Hill, London.

Lord Sugar has appointed former winner of The Apprentice, Tim Campbell (MBE), to cover the role of Claude Littner as he takes a one series break. pic.twitter.com/1q0mCBsoX0

He told the PA news agency: "I was just pottering along, I must have been doing no more than 10 kilometres an hour on this sort of two-track road. The next thing I knew, I was on the left hand side of the street, my bike was in the middle of the road and I didn't know what happened.

"I suspect I hit a pothole or something like that, but I must have blanked out at the moment of impact, because the next thing I knew, I was lying on the ground."

Littner said he thought he would "just get up" and retrieve his bike, but realised upon looking down that he was seriously injured as bone was sticking out of his leg.

He was rushed to the trauma unit at St Mary’s Hospital in an ambulance and says he awoke later to find "some surgeons looking at me and talking but I didn’t really know what they were saying".

The TV star recalled: "My wife and my sons were there as well and they (the doctors) decided they were going to amputate my leg. And then they had another chat about it and they said, 'Look, let’s get him into theatre right away tonight and let’s see if we can save his leg’. And I went into theatre and it was a very long operation and they didn’t take my leg off."

Following multiple surgeries he has returned home for three weeks before undergoing another operation on July 19.

Thank you. Tim will be great. https://t.co/OQTngI8Cav

The businessman said he has lost two stone since the accident, but said that he is "untouchable mentally" and has "absolute determination" to recover.

Praising the team at St Mary’s as his "saving grace", Littner said his recovery has been aided by the fact that the doctors have "kept me informed, and they’ve been superb at their job".

He added: "And the other thing is just a kind of general, never-say-die attitude to everything that I do in life. I’m just a determined person. I have not been, I think, particularly blessed with great wisdom or great intellectual properties, but I think that my common sense and my strength of character are the kinds of things that have pulled me through, both in my career and in my private life."

In 1997 Littner was diagnosed with non-Hodgkin’s lymphoma, a type of blood cancer, and was told he had six months to live.

Having been on The Apprentice since 2015, and known for his tough interviews with candidates on the series, he said he will return as soon as he is able to, adding: "There’s no ifs and buts about it."

Alan Sugar said: "Claude has been part of the series since the beginning and is leaving an important boardroom chair to temporarily fill. I’ve been speaking to him regularly about his recovery, and of course hope we see him back in the boardroom very soon.

"In the meantime, my former winner Tim Campbell will step into Claude’s seat and be my eyes and ears as the candidates face a tough set of business challenges in the upcoming series."

Campbell, who won the first series of The Apprentice in 2005, said: "I’m excited to be looking after Claude’s boardroom chair while he recuperates and look forward to seeing what the candidates come up with on this year’s tasks.

"I was saddened by the circumstances which led to getting the call from Lord Sugar, but having been on the show myself, I know the hard work that goes into it – so I didn’t take the decision lightly. I wish Claude the very best as he recovers." 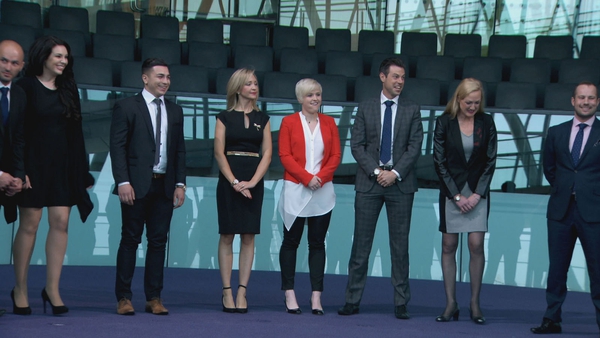 Final of The Apprentice tonight on BBC One