Bridgerton star Phoebe Dynevor and comedian Pete Davidson have made their first public appearance together since rumours emerged that they were dating.

The couple watched Roger Federer's match against Cameron Norrie on centre court, on day six of Wimbledon at The All England Lawn Tennis and Croquet Club.

They sat close to comedian Jack Whitehall and his girlfriend Roxy Horner.

The trip to the tennis marks the first time Saturday Night Live star Davidson, 27, and actress Dynevor, 26, the daughter of Coronation Street star Sally Dynevor, have attended a public event together since they were first linked earlier this year.

Davidson was previously engaged to singer Ariana Grande and has dated actress Cazzie David. He has also been linked to actress Margaret Qualley and model Kaia Gerber.

Dynevor is set to reprise her role as Daphne Bridgerton when the Netflix hit series Bridgerton returns for a second series.

It has already been confirmed that her co-star Regé-Jean Page, who played her husband the Duke of Hastings, will not return. 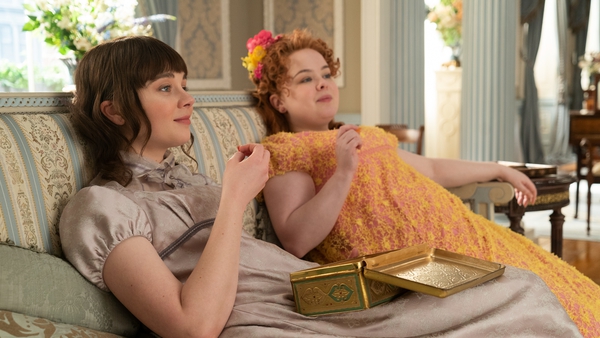