Bridgerton star Nicola Coughlan has said it is "amazing" to be among the nominees for this year's IFTA awards, telling RTÉ Radio 1's Morning Ireland: "It means so much to be recognised by the people from home - that's so, so important and so, so lovely."

Coughlan, who is shortlisted for her role as Penelope Featherington in the period drama, also paid tribute to her fellow IFTA nominees.

"The women I'm nominated with, like Fiona Shaw and Sarah Greene - I admire them so, so much," she continued. "It's just a massive honour; it really is."

The Galway actress is currently filming season two of Bridgerton in London.

"Back in the corset and the wigs!" she laughed. "We're deep into it, but it's so exciting to be back at work, it's been brilliant."

The Derry Girls star said she is still trying to take in Bridgerton's success on streaming service Netflix, which saw it watched by 82 million households in the first month.

"It's such a mad number," she said. "I'm used to kind of coming up through doing fringe theatre and kind of struggling along or whatever. It came out on Christmas Day 2020; then I sort of thought, 'If anyone watches it, I'll be happy'.

"So, on [St] Stephen's Day it started to pick up and then it was sort of everywhere. I was like, 'Oh my God - I think this might be a hit!' The support has just been amazing."

As for what's ahead in season two, Coughlan said she was "trying to think what I can say without getting in trouble with Netflix".

"It's very exciting," she teased.

"This series moves on to Anthony Bridgerton's story. Penelope's definitely still doing her... Oh gosh, I was about to say - it's a huge spoiler!

"If you know what happened at the end of the series, lots more of that is happening. Ok, just stopped myself in time!" 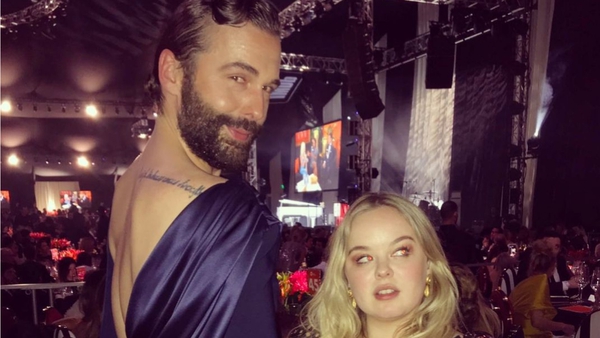