Britney Spears's father has denied he is responsible for his daughter being unable to get married or have children under the terms of her conservatorship, according to a legal filing.

During bombshell testimony last week, the pop superstar told a court in Los Angeles she wanted the "abusive" arrangement, which has overseen her life and career since 2008, brought to an end.

Ms Spears, 39, said she was required to use a contraceptive device and was barred from marrying boyfriend Sam Asghari.

Jamie Spears, her father, has overseen her estate for 13 years but has not been in charge of her personal affairs since September 2019, when he stepped down from that role due to ill health.

The 68-year-old was replaced as conservator of Ms Spears's person on a temporary basis by Jodi Montgomery, the singer's care-giver.

In newly filed court documents, Mr Spears's lawyers have denied any involvement in placing restrictions on his daughter's personal life while questioning the need for Ms Montgomery's role to continue.

"Mr Spears is simply not involved in any decisions related to Ms Spears' personal care or medical or reproductive issues," the filing states.

"It is unclear whether it is appropriate for Ms Montgomery to serve in that role or for that matter, whether the continued conservatorship of Ms Spears' person is appropriate."

It adds Mr Spears has been "cut off from communicating" with Ms Spears and when he was overseeing her personal affairs he supported her decision to marry.

Mr Spears is "concerned about the management and care of his daughter", according to the filing, and suggested it was Ms Spears's court-appointed lawyer Samuel Ingham who wanted Ms Montgomery to have control over her personal affairs.

Mr Ingham filed a petition to have her appointed on a permanent basis in March.

Mr Spears's lawyers say the request is based on the "false premise" the court found Ms Spears was unable to consent to medical treatment.

There was no such finding, according to the filing.

Judge Brenda Penny, who oversees the case, is yet to make a ruling on the request to permanently appoint Ms Montgomery and Mr Spears's lawyers have called for a further hearing before she does so.

"It is unclear whether Ms Spears is even aware of and agrees with the statements in the Petition to Appoint Jodi Montgomery, including specifically that she lacks capacity to give informed consent for her own medical treatment," the filing states.

A statement subsequently issued on Ms Montgomery's behalf by her legal team read: "Britney's choice to marry and to start a family have never been impacted by the conservatorship while Ms Montgomery has been conservator of the person."

The statement added: "It is her sincere personal wish that Britney continues to make meaningful progress in her well-being so that her conservatorship of the person can be terminated.

The intervention from Mr Spears's lawyers come after Ms Spears's conservatorship made headlines around the world following her court appearance.

The viral #FreeBritney movement accuses Mr Spears of needlessly controlling his daughter's life. He previously said the group was filled with conspiracy theorists.

The singer herself has said she is afraid of Mr Spears and will not return to the stage while he oversees the conservatorship, which she was placed under after suffering a series of breakdowns.

The next hearing in the case is set for 14 July. 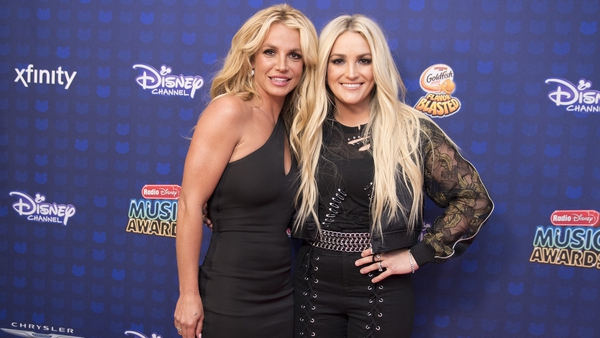