Singer Liam Payne has broken off his engagement to American model Maya Henry.

The former One Direction star confirmed in an appearance on The Diary of a CEO podcast that the couple had split during lockdown.

There are very few people who have experienced what he has in the last decade.

Liam Payne opens up about his darkest moments, failed relationships & becoming an an entrepreneur.

He's inspiring, complex and deeply honest🙏🏽 You are going to love this 👉🏽 https://t.co/xK8GUZ7XMB pic.twitter.com/5OINre7eXN

The 27-year-old admitted he is "disappointed" in himself for "hurting people" and said he is "working" on himself and his emotions.

The relationship reportedly began in 2019, with the pair pictured together at a series of public events, and they announced their engagement in August 2020.

Confirming they had split during lockdown, Payne told podcast host and businessman Steven Bartlett: "I feel like, more than anything at this point, I'm more disappointed in myself (that) I keep on hurting people. That annoys me.

He added: "That's where I got to in my last relationship. I just wasn't giving a very good version of me anymore, that I didn't appreciate and I didn't like being.

"I can honestly say I feel better out of it. I didn't feel good doing what I did but it had to happen. That's just the corniest way of saying it was the best for us both - whatever, cool, nice story, bro.

"But it just feels like that. I know it was a problem so I need to sort myself. I already feel good. It has already got me more concentrated and I hope she is happy."

Payne was previously in a relationship with former Girls Aloud star Cheryl from 2016 until 2018, and their son, Bear, was born in March 2017.

Last year marked 10 years since One Direction formed on The X Factor.

He has subsequently gone on to launch a career as a solo artist, releasing his debut album, LP1, in 2019. 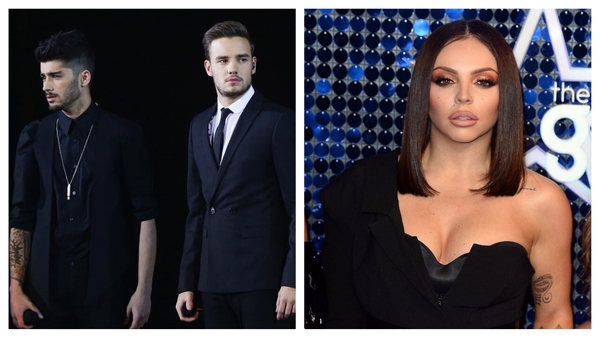