The father of actor Paul Mescal has said the family is "absolutely delighted" following his son's Bafta Television Awards win in London on Sunday night.

Paul Mescal was named Best Actor for his role as Connell in Normal People - the hit adaptation of the Sally Rooney bestseller.

Speaking on the Marty Morrissey Show on RTÉ Radio 1, Paul Mescal Senior said the win was also a fantastic experience for the family at home.

He said they had a Bafta party in Kilcock on Sunday night, hosted by the actor's aunt. 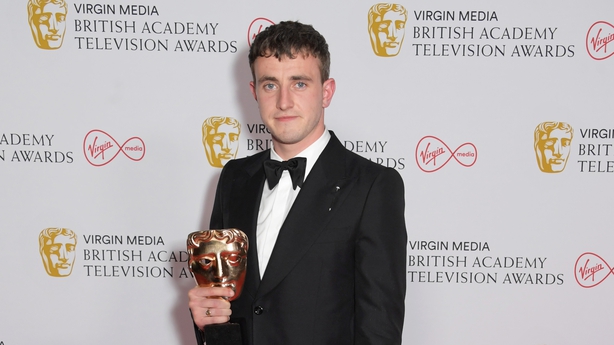 He said his son wasn't the only one who was emotional when his name was announced at the ceremony.

"We were all quite emotional," he continued. "It was a great event."

Ed Guiney, one of the executive producers of Normal People, said they are "absolutely delighted" that Paul Mescal won at the Baftas, especially as there was some particularly tough competition.

Guiney's company, Dublin-based Element Pictures, made Normal People for the BBC and US streaming service Hulu.

Speaking on RTÉ Radio 1's News at One, he said the cast and crew of Normal People have never gathered to celebrate its success.

He said the series was supposed to launch at the Tribeca Film Festival in New York in April last year, but that was cancelled because of the pandemic.

He said they have promised they are going to have the party to end all parties in Dublin as soon as they are allowed.

After his win, Paul Mescal said he would "love" to make another series of Normal People and would work again with co-star Daisy Edgar-Jones "in a heartbeat".

However, the Kildare star stressed that there is "nothing at all in the pipeline" for a second season of Normal People.

The Press Association reports that Mescal said the series has "totally changed my life and has given me an opportunity to continue doing the job that I love".

"I think it struck a chord because it's seeing two people that I feel people can relate to and seeing how they navigate life," he continued.

"It's quite a simple premise and trusts an audience to engage and be challenged by it."

He credited Normal People with introducing him to his "best friend" Edgar-Jones.

"Regardless of work or anything like that, I'm just excited to see her so we can see each other again. It will be great," he said.

Mescal, who appeared as a guest presenter at last year's Baftas, said it had been a "weird year".

"It kind of feels full circle, having presented here last year to be in a room with people... at the forefront of television at the moment and it was really quite special and emotional," he added.

Normal People is available to watch on the RTÉ Player. 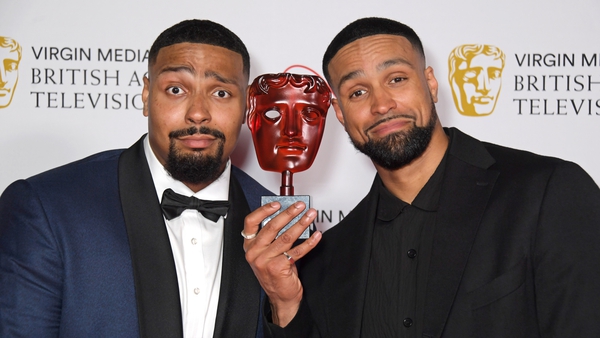 All the winners from the Bafta TV Awards