Irish actor Paul Mescal has won a Bafta TV Award for his portrayal of Connell in the hit TV series Normal People.

The adaptation of Sally Rooney's Normal People by Element Pictures, which was shown on RTÉ One, the BBC and streaming service Hulu, was a huge hit on both sides of the Atlantic when it premiered in April 2020.

On accepting the award Mescal said: "I was fully not expecting to be here, so I have no clue what I am going to say!

"I want to thank Lenny (Abrahamson) for trusting me with this."

Mescal went on to dedicate his award to co-star Daisy Edgar-Jones who played Marianne.

"I want to dedicate this to Daisy who is the best scene partner and one of the best people that I know."

The 12-part relationship drama followed Connell and Marianne as they navigated adulthood in contemporary Ireland, and their complicated relationship from the end of their school days in Sligo to their undergraduate years at Trinity College.

After the ceremony, Mescal said the programme "totally changed my life and has given me an opportunity to continue doing the job that I love".

He said the programme focuses on "the normal human in society and treats their joys and traumas and tribulations with utter respect".

"I think it struck a chord because it's seeing two people that I feel people can relate to and seeing how they navigate life," he added.

"It’s quite a simple premise and trusts an audience to engage and be challenged by it."

🎉🎉🎉 We are so proud to see @mescal_paul's sensational performance as Connell Waldron recognised at the BAFTAs. Our huge congratulations! 👏👏👏 #IrishTV https://t.co/TP0q78IwlA

He also credited the programme with introducing him to his "best friend in Daisy".

Mescal said he would "love" to do another series of Normal People and "would work with Daisy again in a heartbeat".

"Regardless of work or anything like that, I’m just excited to see her so we can see each other again. It will be great," he said.

Wonderful news tonight. So happy for the brilliant @mescal_paul and for all the people in front of and behind the camera who brought 'Normal People' to the screen. And a massive shout out to @DaisyEdgarJones - a total jewel in our show. @BAFTA https://t.co/ImNn2hS5Uq

However, he said there is "nothing at all in the pipeline" for another series of Normal People.

Mescal, who was a guest presenter for last year’s Bafta television awards ceremony, said it has been a "weird year".

"It kind of feels full circle, having presented here last year to be in a room with people… at the forefront of television at the moment and it was really quite special and emotional." 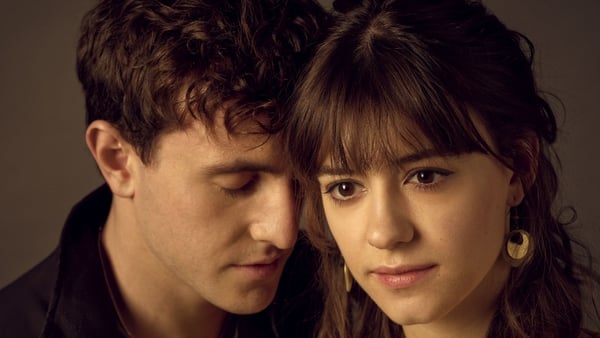 The cast of Normal People - what are they up to now?