The organisers of the Oscars have announced that the 94th Academy Awards will take place on Sunday, 27 March 2022, and not next February as had been originally planned.

The ceremony, which will take place at the Oscars' traditional home of the Dolby Theatre in Hollywood, was originally scheduled for 27 February 2022.

Announcing the new date, the Academy of Motion Picture Arts and Sciences said: "The eligibility period for Academy Awards consideration will return to the standard December 31 deadline: a feature film must have a qualifying release date between March 1, 2021 and December 31, 2021."

It added that because 2021 "is still impacted by the pandemic, eligibility requirements for the 94th Academy Awards will be consistent with the addendums made for the 93rd Awards" - a boost for films initially made available on streaming platforms.

The Oscar nominees will be announced on Tuesday, 8 February 2022.

This year's socially-distanced Oscars, which took place last month at Union Station in Los Angeles, had the lowest US television ratings in the show's history. 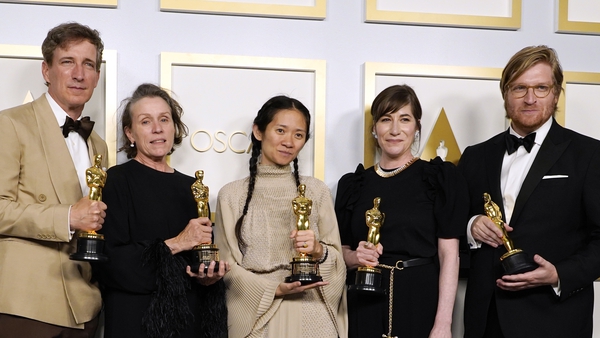