American singer Lady Gaga said she suffered a "total psychotic break" after being left pregnant by an alleged rapist as a teenager.

The pop superstar appeared in Apple TV+ series The Me You Can't See alongside Britain's Prince Harry and Oprah Winfrey where celebrities openly discuss their mental health challenges.

Rain On Me singer Gaga, who said she used to self-harm, told the show she was 19 when a producer threatened to burn her music if she did not take her clothes off.

Fighting back tears, Gaga, 35, said: "And they didn't stop asking me, and then I just froze, and I just - I don't even remember."

She said she cannot name her alleged attacker, adding: "I do not ever want to face that person again."

Gaga, who first publicly alleged she was raped in 2014, described an incident years later when she went to hospital for acute pain and numbness and was surprised to be treated by a psychiatrist.

"Because I'd been abused. I was locked away in a studio for months."

Gaga, whose real name is Stefani Germanotta, said trauma can change you as a person and she was not the same after being sexually assaulted.

She said: "I had a total psychotic break, and for a couple years, I was not the same girl. The way that I feel when I feel pain was how I felt after I was raped.

"I've had so many MRIs and scans where they don't find nothing. But your body remembers."

Gaga said she has felt like "there's a black cloud that is following you wherever you go telling you that you are worthless and should die".

Gaga described the improvement of her mental health as "a slow rise" but warned it was not a "straight line".

She said: "Even if I have six brilliant months, all it takes is getting triggered once to feel bad. And when I say feel bad, I mean want to cut, think about dying, wondering if I'm ever gonna do it."

The chart-topping singer said she gradually learned how to cope with unwanted and damaging emotions, but it was a slow process that took two-and-a-half years.

Asked what she was doing during that time, Gaga quipped: "I won an Oscar." She won best original song in 2019 for Shallow, a track from A Star Is Born.

The Me You Can't See is streaming on Apple TV+ now. 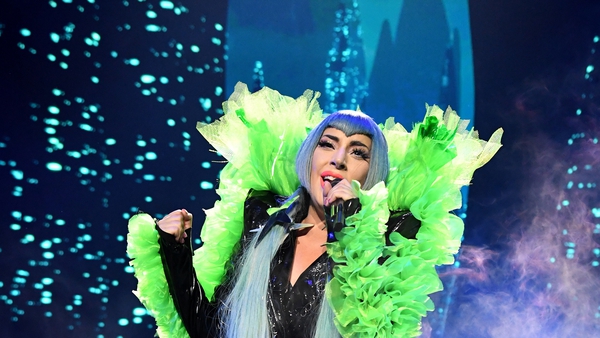 Lady Gaga 'excited' to get married and start family