The comedian announced she was stepping down from her eponymous TV show on Wednesday, following controversy over an alleged toxic workplace environment.

The 63-year-old talkshow host has now shared more details on why she is walking away and said she knew her 19th series would be her last when she signed a new deal two years ago.

In her monologue for Thursday's show, which was taped on Wednesday, an emotional DeGeneres said: "You may wonder why I've decided to end after 19 seasons. The truth is, I always trust my instincts. My instinct told me it's time. As a comedian, I've always understood the importance of... timing.

"In all seriousness, I truly have felt like next season was the right time to end this amazing chapter."

DeGeneres famously came out as gay in 1997 while starring in the popular sitcom Ellen and remains one of the most high-profile LGBT figures in the US.

She compared coming out to leaving The Ellen DeGeneres Show.

The presenter said: "In 1997, I knew it was time to come out on my sitcom and live my truth. Back then, I had a vivid dream that a bird flew out of a cage and set itself free because it needed to get out of that cage.

"Recently, I had a dream that a bird, a beautiful bird with bright red feathers, came to my window and whispered, 'You can still do stuff on Netflix.' And that was the sign I was looking for."

She said: "So, the past 18 years, you have to know, has changed my life. You all have changed my life and I am forever grateful to all of you for watching, for laughing, for dancing... sometimes crying.

DeGeneres will discuss her decision to leave on Thursday's show with guest Oprah Winfrey.

Last year she apologised to staff after an internal review by Warner Bros found "deficiencies related to the show's day-to-day management".

The review was launched following reports of a toxic work environment on the programme.

Speaking to The Hollywood Reporter this week, DeGeneres said: "It almost impacted the show. It was very hurtful to me. I mean, very. But if I was quitting the show because of that, I wouldn't have come back this season." 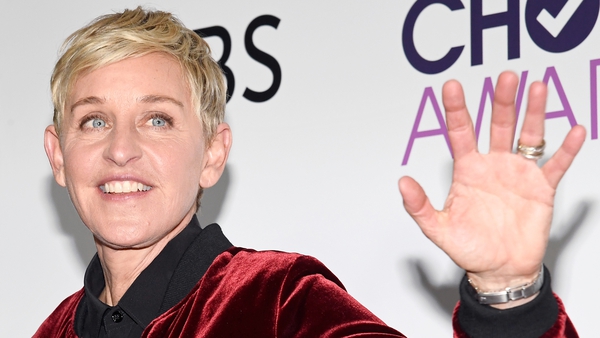