Ellen DeGeneres has confirmed that her US daytime talk show will end in 2022 after 19 seasons.

In an interview with the Hollywood Reporter - her first about the decision - DeGeneres said: "When you're a creative person, you constantly need to be challenged - and as great as this show is, and as fun as it is, it's just not a challenge anymore."

It is reported that DeGeneres' decision had been on the cards for a number of years. Staff on the show were informed on Tuesday, and DeGeneres will discuss her decision with predecessor Oprah Winfrey on Thursday's episode.

"I was going to stop after season 16," DeGeneres told the Hollywood Reporter. "That was going to be my last season and they wanted to sign for four more years and I said I'd sign for maybe for one. They were saying there was no way to sign for one."

"People always say you have to have thick skin to be in this business and I've never gotten that. I have very thin skin and things affect me, and I’m proud of that," she says. "I love that I’m emotional and I still care what people think and say about me" https://t.co/sXBW4lPIDS

The news comes after allegations of a toxic workplace and the subsequent departures of producers on the show last year.

When asked by the Hollywood Reporter how the controversy had impacted on her, the show and her decision, DeGeneres replied: "It almost impacted the show. It was very hurtful to me. I mean, very. But if I was quitting the show because of that, I wouldn't have come back this season."

"So, it's not why I'm stopping but it was hard because I was sitting at home, it was summer, and I see a story that people have to chew gum before they talk to me and I'm like, 'Okay, this is hilarious'," she said.

"Then I see another story of some other ridiculous thing and then it just didn't stop. And I wasn't working, so I had no platform, and I didn't want to address it on [Twitter] and I thought if I just don't address it, it's going to go away because it was all so stupid."

"Then, on the heels of it, there are allegations of a toxic workplace and, unfortunately, I learned that through the press," DeGeneres explained.

"And at first I didn't believe it because I know how happy everybody is here and how every guest talks about, 'Man, you have a great place here. Of all the talk shows I've done, everyone here is so happy'. That's all I've ever heard.

"So, there was an internal investigation, obviously, and we learned some things but this culture we're living is [is one where] no one can make mistakes. And I don't want to generalise because there are some bad people out there and those people shouldn't work again but, in general, the culture today is one where you can't learn and grow, which is, as human beings, what we're here to do.

"And I can see people looking at that going, 'You don’t care about what people [went through]'. I care tremendously. It broke my heart when I learned that people here had anything other than a fantastic experience - that people were hurt in any way.

"I check in now as much as I can through Zoom to different departments and I make sure people know that if there's ever a question or ever anything, they can come to me and I don’t know why that was never considered before.

"I'm not a scary person. I'm really easy to talk to. So, we've all learned from things that we didn't realise - or I didn't realise - were happening. I just want people to trust and know that I am who I appear to be." 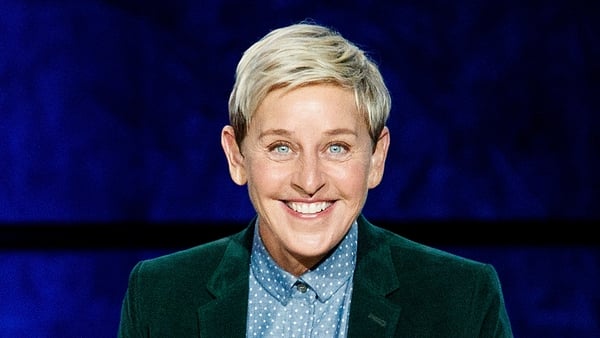 Rumours grow about the future of The Ellen DeGeneres show