Strictly Come Dancing judge Darcey Bussell has ruled out a permanent return to Strictly but said it would be "lovely" to be a guest judge.

The 52-year-old former prima ballerina joined the Strictly judging panel permanently in 2012 after making several guest appearances on the BBC One show.

She left in April 2019 to focus on other dance commitments, adding that her departure was not due to any "upset or disagreement" on the show.

Speaking on The Jonathan Ross Show she said: "It was a big thing for a ballet dancer. It was fabulous, I had seven years. I miss that - it's like being part of a company again."

But asked whether she would go back, Bussell said: "Not permanently, it would be lovely to be a guest judge or something."

She added: "I've had lots of other jobs and I've really enjoyed all of the different things I do. It was a great commitment. The nice thing was it really celebrated dance in a great way. It was great for the ballet world to have a judge as a ballerina."

Darcey, who is married to businessman Angus Forbes, has organised a gala at the Royal Albert Hall showcasing eight British ballet companies, which will take pace in June.

She said: "It's quite a unique event - eight leading (ballet) companies and they've all said they'll do it. At the time where there hasn't been any performances it's been so important to get audiences back into the theatre."

Darcey studied at The Royal Ballet School from the age of 13 and went on to become the then youngest-ever principal dancer at the Royal Ballet in 1989 when she was 20.

In 2006 she announced she was retiring as a principal ballerina and in June 2007 performed her last dance.

She said of acting: "It wasn't an ambition at all. I just got lucky and got asked to do some auditions with Harrison Ford for a movie. It was a remake of an Audrey Hepburn film, Sabrina. I was injured at the time, so I had some time on my hands. So it didn't seem such a big deal.

"I was more worried about my injury and recovering. It was amazing meeting Harrison Ford, I had to learn this whole script - it was 1994 - I didn't do a full love scene with him, but we had a good snog.

"It was my claim to fame, I got to snog Harrison Ford. I have those recorded, sketches I did with him. I did three screen tests.

"For me it was just the experience, didn't think I'd be close to getting the role. I'd only acted on stage as a dancer without words, very different. It would have been major." 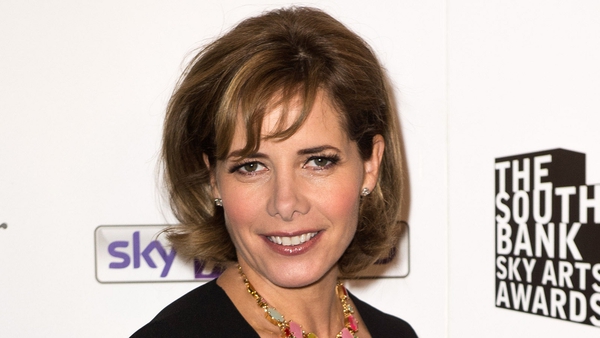 Darcey Bussell not sure of Strictly future