Ahead of the start of the new series of Line of Duty on BBC One on Sunday, star Adrian Dunbar has teased that "time is running out" for his character, Superintendent Ted Hastings, and that he will be "put through the wringer".

The sixth season opens with Hastings and his AC-12 colleagues crossing paths with Detective Chief Inspector Joanne Davidson (played by Kelly Macdonald) - "the senior investigating officer on an unsolved murder case whose suspicious conduct attracts the attention of Anti-Corruption".

When asked by the BBC where fans will "find" Hastings in the season premiere, Dunbar replied: "Good question. Quite a lot has happened and there's been quite a time jump.

"In his working life, a lot of things have destabilised, which have affected the unit. I think he's another year older but not another year wiser.

"We are still on the search for the network of corrupt coppers. Are we any closer to them? Hopefully!

"Let's face it - time is running out a bit for Ted; the age he is, whether he can stay in the force, is he useful enough, is he a bit of a dinosaur? He's up against [it] quite a bit. His personal life is not in great shape."

Of the subsequent episodes, Dunbar added: "Ted is put through the wringer; particularly towards the end."

The new series wrapped filming in Belfast under social distancing protocols in November, with Dunbar saying there were still "funny moments", despite the added challenges to filming.

"In one of the interviews, I had to say 'a bunch of racist thugs', but I got it wrong and said 'a bunch of racist slugs', which got a big laugh from the crew. I hope that survives on a bloopers reel somewhere so we can all see it!" 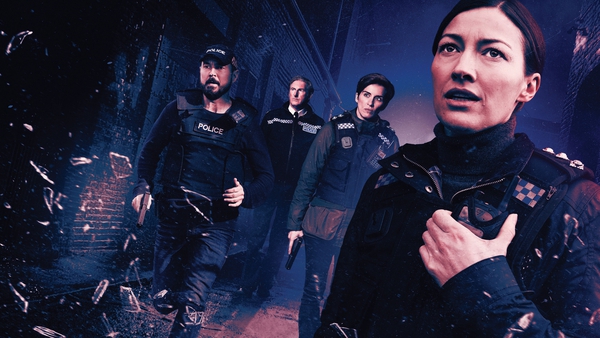