Louise Redknapp has told Miriam O'Callaghan on RTÉ Radio 1 that she was unprepared for the public vitriol she faced after deciding that her 19-year marriage to husband Jamie Redknapp was over in 2017.

Louise Redknapp has just published her memoir, You've Got This: And Other Things I Wish I Had Known, and on Sunday with Miriam was asked how she deals with criticism and trolling.

"I think I'd always, like I said, played things very quietly. I kept myself to myself. I wasn't doing much for anybody to criticise or even have judgement on. So, I was really shocked at the level of kind of unkindness and that judgement that came about for decisions that I had made, which I always say within the book that you can never know what's going on in someone else's life unless you spend a day in their shoes. You just don't know what goes on behind closed doors."

"I really struggled with the amount of criticism and judgement," she continued. "I look now, and obviously I'm much more in tune with it, not just with myself, but with other things, with other people that I see that are written and the comments. I say it in the book, for me, it's really inexcusable. I don't understand how any grown adult would choose to be so unkind with their words with somebody they've never met.

"By all means have an opinion on the music or the job that they do. We don't go into this industry expecting no criticism - you know you're going to get that. I think we have to be big enough and strong enough to take criticism. But when I think that it becomes so deeply personal, and so harmful, that's when it becomes a real problem. Not just for me, but I think for many people - and people that aren't famous. This happens to youngsters and people that are bullied on social platforms right across all ages and all walks of life."

"As you say, you got huge criticism and attacks in the media, especially in the UK, for leaving your marriage, for divorcing," said O'Callaghan. "Do you think it's because it was a woman who seemed to look like she had it all - a lovely husband, two lovely children - that you seemed to walk from that and that people found that very hard to accept that a woman could and should do that?"

"I think so," Redknapp replied. "I think people made a real quick judgement and decided that I was totally wrong. Yeah, and I think it is because I'm a woman.

"I think a lot of the criticism and things that have been said about me, I do believe they wouldn't have been said if the shoe was on the other foot. I still to this day think that - and I don't like to bring Jamie into these [interviews] - but things he does and the things he's been photographed doing, I still believe if that had been me, I think I would have really come up to some harsh headlines and criticism. Yet, it seems perfectly ok for a man to do it.

"But, I understand. I've been in this industry a long time and I do appreciate and understand that the press will always report on your life. I don't moan about that and I don't complain about that because it's the business that I've chosen to go into. I just think that when it becomes so damaging that that's the real harmful place. Because there's kind of people commenting on the parts of your life that they know about - which I think we do have to accept - but when they're commenting on the parts of your life they really don't know about, I think that's when it becomes extremely hurtful. And, yeah, I do think being a woman made things slightly tougher. I could be wrong, I don't know. I can only ever talk from my own experiences.

"Are you in a good place, are you feeling happy in your life?" asked O'Callaghan

"Yeah, I am," said Redknapp. "Listen, it's been so well-documented. I've said time and time again I did run for about a year from being... I don't know, I felt like I'd been so cooped up in a box for so many years and then I sort of just ran as fast as I could and stopped and was like, 'Oh, what's happened? What did I just do?' But I'm honest about that and I talk openly about it.

I can't believe how big they have grown...

I loved looking through old photographs for my book 'You’ve Got This’ - I just had to include this one.

"Yeah, I'm really just wanting to be allowed to move on, if that makes sense. I feel that every day I'm kind of dragged back a little bit by something or someone into being reminded of what I should and shouldn't be doing.

"So, yeah, I'm in a good place. I feel really lucky. I made a new album that came out last year. I starred in the West End in 9 to 5 - these are things and dreams that I've had for so many years, like, since being a little girl. I got married and had a family and after Eternal [group] and my solo stuff I didn't fulfil any of that. It wasn't the right time and the right thing for me to do whilst being in my marriage.

"But I feel super happy and really grateful that I've come out of something really far down the line, for whatever reasons. There's been [sic] opportunities for me to do something that I love doing. And long... Please God may it continue. But, yeah, I'm in a good place." 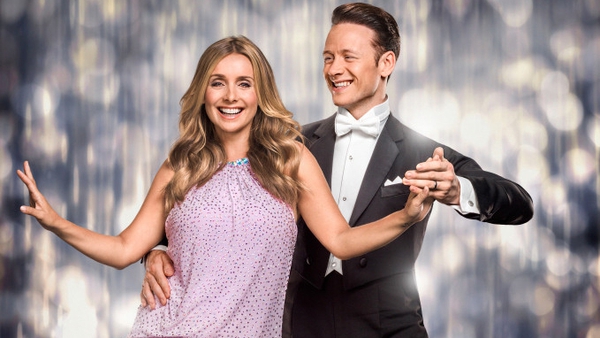