The Killers lead singer Brandon Flowers is to have surgery on his shoulder after a mountain bike accident.

Sharing the health update on social media the Mr Brightside singer said: "Some of you may have seen the picture I posted and some footage when I went over the handlebars on my bike and an injury from that has manifested itself. "

The 39-year-old added: "I have a torn labrum in that shoulder so I am going under the knife in a couple of weeks to get that taken care of."

In September 2017 Flowers tweeted a photo of his bruised face after a mountain bike accident, but it is unclear if this is the same accident that caused the injury to his labrum.

He also said he has suffered from "bad shoulders" for quite some time now and previously underwent decompression surgery on both of them. Flowers said some of his bone was "shaved" off as part of the procedure to help alleviate his pain.

Last month, The Killers released a deluxe edition of their album Imploding the Mirage. The surprise drop features live recordings of their songs Blowback and Caution, plus their new track C'est La Vie. 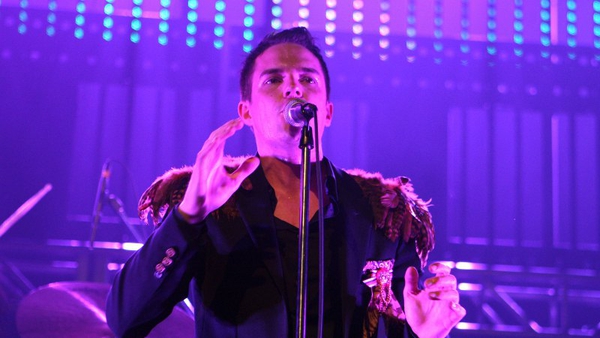 Brandon Flowers says The Killers have a future