The Christmas Eve RTÉ Six One News, which saw Santa leave the North Pole on his epic trek, was the most-watched programme over the festive period (23 to 27 December) with 583,200 viewers and a 51% audience share.

#BreakingNews from the North Pole, Santa Claus has begun his epic journey around the world. He spoke to @rtenews as he prepared for his trip to Ireland | More: https://t.co/yvesuCbAUh pic.twitter.com/9sc2sh4XcZ

Mrs Brown's Boys: Mammy of the People was the most-watched entertainment programme, with an average of 486,400 tuning in (35% share) on Christmas Day.

RTÉ One will see in the New Year with the Nicky Byrne-hosted Soundtrack to My Life on RTÉ One at 9:45pm on 31 December, with the presenter joined by the RTÉ Concert Orchestra, Kodaline, Jack L, Loah and more.

It is followed by music, comedy and chat on the NYE Countdown Show, presented by Deirdre O'Kane and Kathryn Thomas live from the Gaiety Theatre at 10:45pm on RTÉ One. 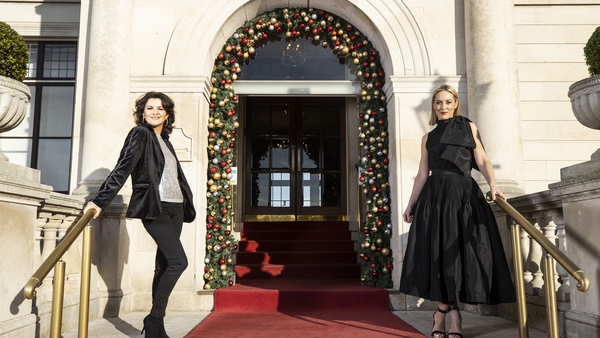