Beatles musician Ringo Starr has spoken out about not being able to join his family in the UK for Christmas due to the pandemic, saying he feels "miserable" but will "get on" with it.

The 80-year-old is based in Los Angeles with wife Barbara Bach and, like millions of others, will be unable to physically see his children and grandchildren over the festive period.

The father-of-three said: "I'm not in England, I should be in England. I go for Christmas with the kids and my grandkids and that’s not happening.

"So I had a few days of being miserable about that. And then you’ve got to get on.

You just got to get up again and say, 'well, let’s see what we can do today’. It’s no good sitting there being miserable for a long time, just odd moments."

Great-grandfather Starr is celebrating three decades of his All Starr Band with the book Ringo Rocks: 30 Years Of The All Starrs.

His new book takes a look at 30 years of his All Starr Band and features never-before-seen pictures from the group’s time on the road, as well as commentary from the revered drummer.

Musicians who have been part of the ever-evolving line-up include Eagles guitarist Joe Walsh, rocker Peter Frampton, New Orleans musician Dr John and R&B star Billy Preston, among others.

Starr said it had been an emotional experience reliving his time with the group.

"That’s how it is, just incredible moments and playing all around the world," he said.

"It’s just been a joy. I mean, not every minute’s a joy of course, I say to all the band members, we’re not here to be tortured, I want to have fun.

"And I’ll support you to the best of my ability. And I expect you to support me and everybody else on stage. Everybody supports everybody, that’s all I ask.

"And, without naming anyone, in all of this time, I’ve only had to fire one person, and sort of three or four of them have let me down just in the support way, they were so busy being themselves. But that’s not bad over 30 years."

Starr has been keeping himself occupied during lockdown by painting, staying fit and recording new music. Like other musicians, he was forced to cancel his tour plans as a result of the health crisis and is desperate to get back on the road with his All Starr Band.

He said: "It’s a known fact that the audience know I love them. And I know they love me. And we have a party. It’s a lot of fun. And I include the audience, I point at them and make comments.

"Like I said, I’m from Liverpool, that doesn’t stop. And they know we’re having fun. We play to the audience. I mean, sometimes I go and see a band playing and they’re just playing for themselves. 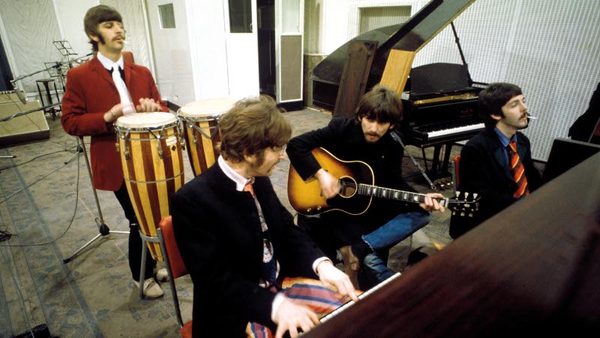