Fontaines D.C. have said they are overjoyed after their second album A Hero's Death was nominated for a Grammy Award for Best Rock Album.

The band, who hail from all over Ireland and formed at the British and Irish Modern Music Institute in the heart of Dublin’s Liberties, are nominated in the category alongside The Strokes, Sturgill Simpson, Grace Potter and Michael Kiwanuka. 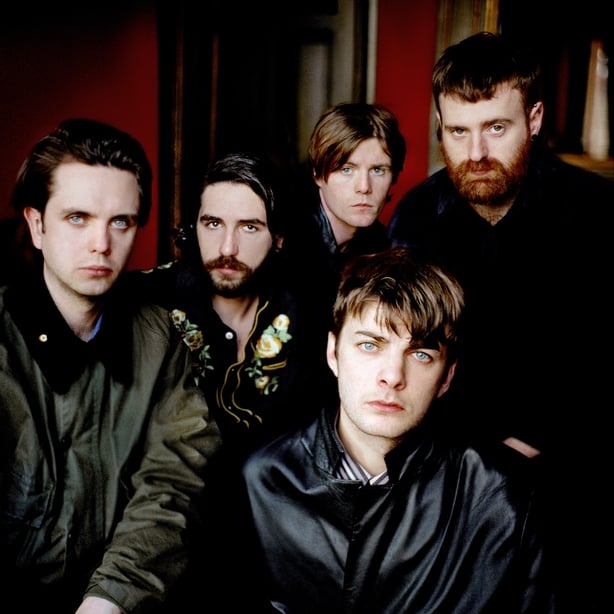 Speaking to RTÉ News about the moment he heard that the band had received a Grammy nomination, guitarist Carlos O’Connell said: "I just started screaming for joy in the middle of the supermarket and my friend who I was with was like, `What happened? What’s going on?’.

"And I just let it out, `We just got nominated for a Grammy’. It was just completely unbelievable."

Dara Kilkenny, principal of BIMM told RTÉ News: "We are incredibly proud. They were always involved in creativity and from the moment they stepped inside the door they were encouraged to think outside the box and try and do something original and do something new. This is only the start for them."

Fontaines D.C.: We went from hungover to euphoria

The band's Grammy nomination is a glimmer of good news as the Irish arts sector continues to struggle during the pandemic.

"There has been a financial struggle but we’re still here and we’re still able to get together and make music so, for now, I think that’s OK," O’Connell said.

The five-piece have had a rapid rise since forming only four years ago, with their debut album, Dogrel, acclaimed as a classic of the resurgent punk scene, and A Hero’s Death already featuring in end of year best albums lists.

Following the news of the Grammy nomination, RTÉ arts show The Works Presents has made its interview with Fontaines D.C. frontman Grian Chatten available again on RTÉ Player.