Tommy Tiernan has told the Brendan O'Connor Show on RTÉ Radio 1 that he and podcast co-hosts Laurita Blewitt and Hector Ó hEochagáin are hoping to do an interview with Joe Biden once Blewitt's distant cousin takes over in the White House as the 46th President of the United States.

Tiernan enthused about the "possibility" of the programme on RTÉ Radio 1 on Saturday.

Probably the best day of my life @JoeBiden this picture was taken on the trail in February ?? pic.twitter.com/6HhI6JJ9ky

"The lady we make the podcast with, Laurita Blewitt, is a friend of Joe Biden's and also a distant relation," he explained.

"She's in constant contact with the team over there. She's expecting a phone call from Joe once he gets past the post. She's definitely heading over for the inauguration, and she's said she's going to take myself and Hector as well, so fingers crossed."

On the show, Tiernan also pondered the appeal of US President Donald Trump, saying that he is "phenomenally attracted" towards him.

"I've been trying to figure out why it is I'm so drawn to him, and I think it's because he reminds me of [Dallas character] J.R.," Tiernan continued.

"We were kind of reared on that kind of dynamic energy of the bad boy - the fella who didn't really care what other people thought and ploughed on with his evil agenda anyway. Trump to us is really just a television character. I think he's like a 21st-Century J.R.; Melania is like Sue Ellen, and perhaps Cliff Barnes is the Joe Biden of Dallas!"

"He has the touch as well of the typical Yank that used to come here when we were young, you know?" said O'Connor. "They were kind of big and loud and everything was better in America and they mouthed off and we all rolled our eyes behind their backs!"

"I think we have to remember that you are legally entitled to vote for Trump, do you know what I mean?" Tiernan replied. "And that nearly 70m people have. People seem to be thriving on division, and even the people who are talking about uniting America are still kind of putting down Trump supporters. It's too easy to pick on the turtle who's lying on his back, flailing in the sun!

"For us in Ireland, I think it's just compulsive television. It's hard to take your eyes off it at the moment, you know? Please God we'll get to meet Joe and get him on the podcast [laughs]."

"You'd knock more craic out of 'The Donald' for a podcast though, wouldn't you?" said O'Connor.

"I think so, yeah," said Tiernan. "Joe could do one of those... You know those meditation apps that send you to sleep? There's a lovely gentility in his voice. But Laurita, who I would trust, swears by his decency and the good nature of the man, so I'd have to trust that."

Tiernan is not expecting to be back onstage in front of an audience until 2022, but will be recording a new series of his talk show "in the next few weeks" for a return to RTÉ One in the New Year.

"That's going to be without an audience," he added. "I'm kind of curious to see how this one will go with no crowd and how that will affect the exchange. But I'm contractually obliged to do it, so I have to plough on!"

Winging It, a book of transcripts of interviews from Tiernan's RTÉ One show, is out now, published by Penguin.

this beauty is released today, a book of interviews from the TV shows..... that's xmas sorted for a few people anyway pic.twitter.com/vM5EivSfRm 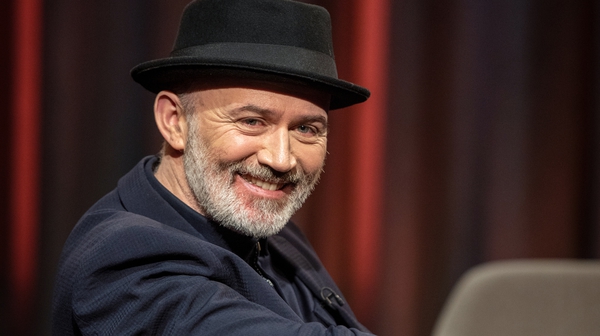 Tommy Tiernan's CAO story: 'I got nothing... I applied for nothing'