The name of Sheldon and Amy's future child from The Big Bang Theory has been revealed on spin-off series Young Sheldon.

Season four of Young Sheldon aired in the US and has got people talking as a question left unanswered from The Big Bang Theory was finally answered in a scene where Sheldon aged-11 graduates from High School.

The programme makers brought added authenticity to the moment bringing back Amy, played by Mayim Bialik, to co-narrate the moment.

She's back!!!! Young Amy makes a surprise appearance on tonight’s premiere of @YoungSheldon as she narrates part of the episode!! Here’s a clip!! The start of #Shamy... ❤️ #YoungSheldon #TBBT pic.twitter.com/r16ye4eIJq

Jim Parson narrates as the older Sheldon saying: "It was the best graduation party I had been to… until we had one for my son, Leonard Cooper.

"I wanted his name to be Leonard Nimoy Cooper, but Amy wouldn't let me," he revealed.

Bialik, who played Amy in the Big Bang Theory, then said: "Be lucky I let you name him Leonard."

The show's creator Steve Molaro was asked by online TV news publication TV Line if the son was named after Leonard his former house mate and friend, Leonard Hofstadter.

Season 4 of Young Sheldon is not expected to be out in Ireland until late in 2021. 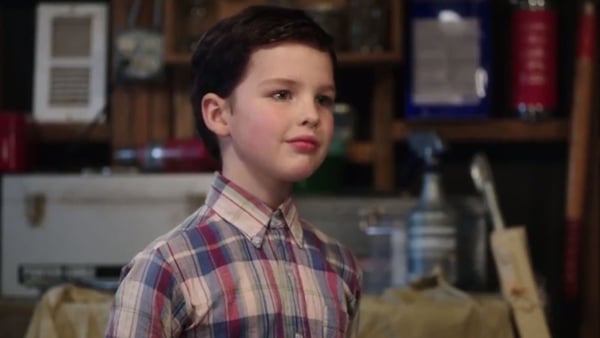