Actor Liam Neeson has said that he would like to make another film about Michael Collins set during Ireland's treaty negotiations with Britain.

Speaking to Collider magazine, the actor revealed: "I would have loved to have seen that process of him sitting down with Churchill. He became very, very good friends with the Minister of Defense."

"The story of Collins is that, when he goes to negotiate with the crème de la crème of the British cabinet at that time, he was a soldier and he begged not to be sent over there."

The actor, who played the Irish leader in Neil Jordan's 1996 biopic, added: "Those negotiations went on for weeks and weeks and weeks. There were these extraordinary British politicians and, across the table, was Michael Collins and some of his associates, and his knees were shaking.

Neeson, a history aficionado, added, "I wish we could do it. I’m too old for it now but I would have loved to have done a sequel to Michael Collins about the weeks of negotiation in London with the British cabinet to try to get an Irish Republic.

"All he could get was a free state, which eventually lead to Collins’ death." 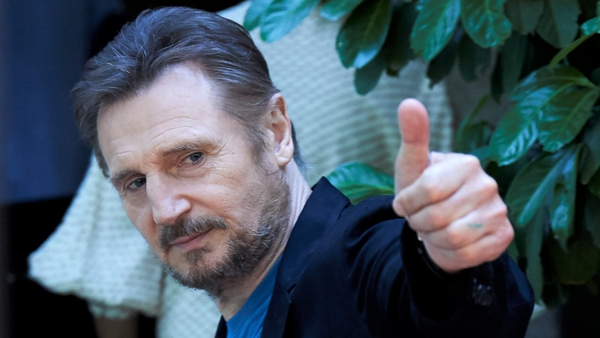 Liam Neeson out for revenge again in Honest Thief trailer