U2's 1987 album The Joshua Tree has beaten records by Dire Straits, The Smiths and Michael Jackson to be named the best album of the 1980s in a new BBC poll.

Listeners to BBC Radio 2's Sounds of the 80s show voted the album, which won the Best Album Grammy in 1988, the decade's best record in a poll to mark National Album Day today.

The Joshua Tree made the Dublin act one of the biggest bands in the world with the help of hits such as With or Without You and Where The Streets Have No Name, and I Still Haven't Found What I’m looking For.

In what was a very male and very white top 20 list, Dire Straits' Brothers in Arms came second, followed by The Stone Roses' self-titled 1989 debut.

The only woman who made the top 20 is Kate Bush for her Hounds of Love album, which takes the number 11 position.

U2 - The Joshua Tree

The Smiths - The Queen Is Dead

U2 took The Joshua Tree back on the road from 2017 to 2019 to mark its thirtieth anniversary and the tour included a show at Croke Park in 2017.

Speaking about the results of the new poll, the band's guitarist The Edge said he thinks the world is back in a similar political situation to the late eighties. 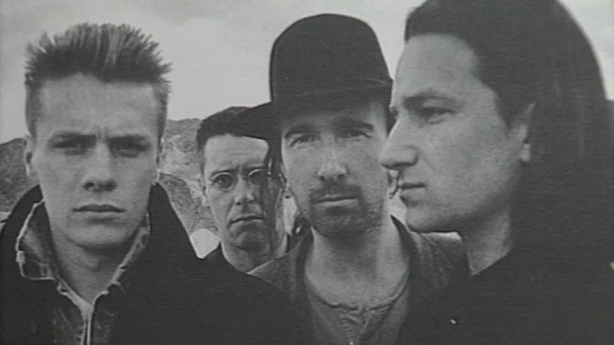 "It feels like we're right back there in a way. Politics are still so polarised," he said. "We've had the privilege of playing The Joshua Tree live all over the world in the last few years and it's almost like the album has come full circle.

"We're just thrilled that people are still connecting with these songs, night after night, year after year."

In the UK, The Joshua Tree was the ninth best-selling album of the 1980s and was outsold by the likes of Michael Jackson's Bad and Phil Collins' No Jacket Required.