The legendary Gabriel Byrne's foray into Euro disco with Twink on the 1980 banger Jet Set Superstar turns the big 4-0 today and we can't thank RTÉ Archives enough for sharing this blast from the past.

The catchy track features in the spoof film I Wish That I Could Boogie, which was broadcast on September 29,1980, and focuses on Devlin's song from the time of its conception until it is recorded onto disc.

Actor Gabriel Byrne joins New Yorkers May Pang and Pandora Moore in the video for the single 'Jet Set Superstar' under the name Ménage à Trois.
WATCH: ‘I Wish That I Could Boogie’ broadcast #OnThisDay in 1980 https://t.co/rJekf1wIhN

The cheesy record marked the arrival of Ménage à Trois, a group which saw Byrne joined by John Lennon's former partner May Pang and Pandora Moore for photos and a much sought-after promo video. 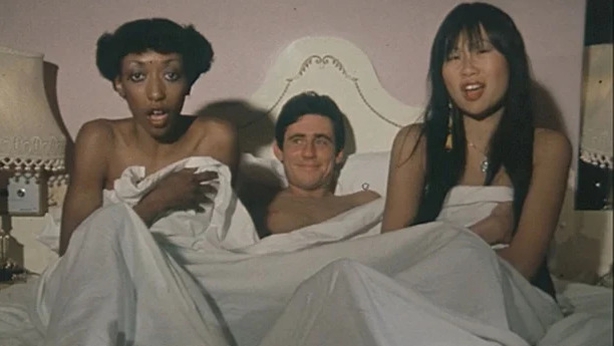 But neither Pang nor Moore sang on the actual single - Twink shared vocals with Byrne on the kitsch classic.