As the countdown continues to this year's Late Late Toy Show on November 27, Ryan Tubridy has said he is "getting there" with his rehearsals for the opening number.

On his RTÉ Radio 1 show on Wednesday, he told listeners: "If you happened to pass me by in traffic in the last 48 hours, you may have seen me screaming, shouting, or nearly crying and thought, 'God, he's really quite lost it now. He's off his rocker'.

"The reason is, Jim Sheridan, my friend from the [Late Late Show] house band, is kind of guiding me a little bit for the opening number of the Toy Show, and he sent me what's called a 'backing track'. This is the big-number track behind the song I'm going to sing for the start of the show.

Thousands of children have applied for a chance to appear on the #LateLateToyShow 2020 ???

Applications are open until Monday, September 28th and can be found at https://t.co/EfOQaslrpI. pic.twitter.com/NrLtv7vQIf

"In order, as he says, to get it 'into your bones', I've been driving along with the lyrics sitting on the passenger seat, blaring this track and singing like a demented person. Because it's a big song, and it asks a lot of the poor creature singing it.

"But we're getting there, so I'm going to meet Jim after this show for yet another go at it. He has the patience of many, many saints. Many." 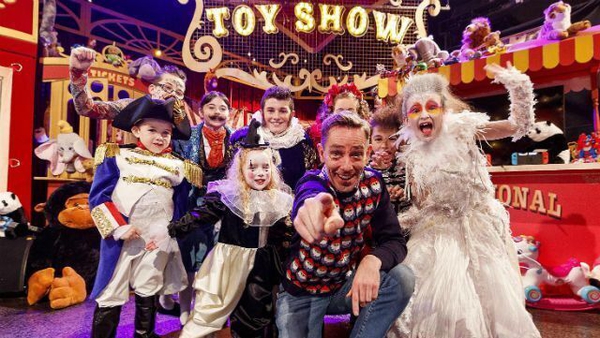