Gwyneth Paltrow has said her relationship with her ex-husband Chris Martin "is better than our marriage was" and that she still considers the Coldplay frontman to be part of her "family''.

The 47-year-old actress and the 43-year-old singer, who famously used the phrase 'conscious uncoupling' to describe their split after ten years of marriage in 2014, explained how the former couple both understand the need for ''radical accountability'' now.

Speaking on The Drew Barrymore Show, Paltrow insisted things are much better with her former husband, saying: ''I mean it's so interesting because in a way my divorce and my relationship with Chris now is better than our marriage was.

"So I do think that it can be done. I was really lucky because I had a doctor who kind of gave us a rubric for how to do it and luckily he's writing a book and I think it's coming out next year, thank goodness, because it really kind of lays out the tenants of how you do it and it's a little bit unsurprising right?

''You have to have radical accountability. You have to know that every relationship is 50/50. No matter what you think, how you think you were wronged, or how bad you perceive the other persons actions, or whatever the case may be.

"If you are brave enough to take responsibility for your half and really look at your own garbage and your own trauma and how it's presenting in the world and in your relationship then there really is somewhere to go and something to learn and something to heal," she said.

"You are also holding the other person in this sphere of humanity. We are all part good and part bad, it's not binary, we are all grey area.''

Paltrow, who has Apple, 16, and Moses, 14, with Martin, admitted that co-parenting is not always "as good as it looks".

''It's like you're ending a marriage but you're still in a family. That's how it will be forever. Some days it's not as good as it looks."

"We also have good days and bad days but I think it's driving towards the same purpose of unity and love and what's best for them."

"We have this idea that just because we break up we can't love the things about the person anymore that we loved and that's not true.'' 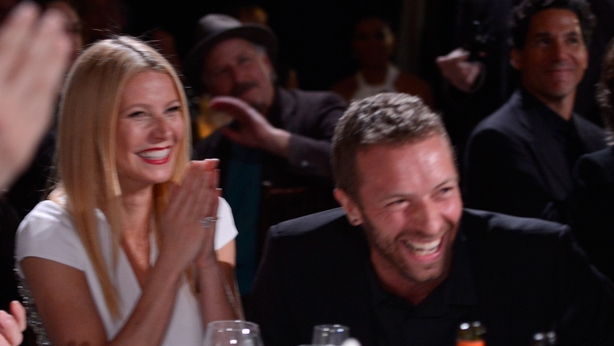 Paltrow has since married producer Brad Falchuk, and has been isolating with him and the children at her home in Brentwood during lockdown, while Martin is in a relationship with actress Dakota Johnson, and lives close to his ex-wife.