Actor Liam Neeson has joined the call for the Northern Ireland Executive to distribute funds, received in July, to help the arts sector hit by Covid-19 restrictions.

Musicians such as Van Morrison, Snow Patrol and Ash have already called on Stormont to support Northern Ireland's music industry.

"I came up through the ranks, as it were, of the arts scene in Northern Ireland during the 1970s, beginning in 1976, to be exact, at the Lyric Theatre in Ridgeway Street in Belfast," he said.

"I experienced first-hand, as many of you may have, the potential of physical danger as I practised and learned my craft in that theatre - which, by the way, never closed its doors once during the height of the Troubles.

"Now that says something about the character and stamina, not just of the Lyric Theatre, but of us as a people - all the people, Protestant and Catholic, of the North."

"I cannot stress enough how essential that money is - every penny - in securing the wellbeing of our artistic community and sustaining the lives of nearly 8,000 people in every branch of the arts in Northern Ireland," he continued.

"It is vital, it's a lifeline.

"You know, a true society cannot be whole or fundamentally exist without the arts or the people employed in the arts.

"Culture is our society's compass, our North Star. If we lose our compass, we all lose our way." 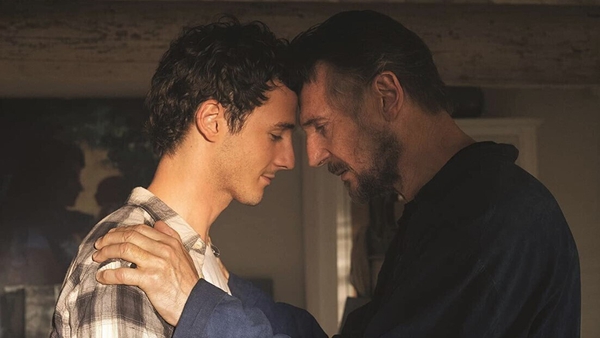 Liam Neeson and son Micheál star in Made in Italy