There is confusion in the US about the premiere date of The Comey Rule, the miniseries starring Brendan Gleeson as US President Donald Trump and Jeff Daniels as former FBI boss James Comey.

Last week, it had been reported that the two-part series - based on Comey's memoir A Higher Loyalty - would controversially air on the Showtime network in late November - after the US Presidential Election. The news was followed by details of a letter sent from The Comey Rule creator-director Billy Ray (Richard Jewell, Captain Phillips, Shattered Glass) to the cast, in which he apologised that the show would not be on screens until after ballots were counted.

US entertainment trade website Deadline obtained a copy of the letter, in which Ray wrote: "I know what a disappointment this is to you. It is for me too - because while I've made movies about my country before, this was the first time I ever made a movie for my country. We all were hoping to get this story in front of the American people months before the coming election. And that was a reasonable expectation considering that we'd been given a mandate by the network to do whatever was necessary to deliver by May 15."

"But at some point in March or April, that mandate changed," Ray continued. "Word started drifting back to me that a decision about our airdate had been made at the very highest levels of [Showtime parent company] Viacom: all talk of our airing before the election was suddenly a 'non-starter'. I and my fellow producers asked for a chance to plead our case on the matter, but we were told that even the discussion itself was a 'non-starter'. (So was the idea of our getting the movie back from the network so as to seek another partner to air it.)

"Why? I don't know. The health of a media company depends on attracting audiences - and our movie, aired in August of an election year, would have been very big news. Can you imagine the billboards? Comey Vs. Trump! A cast loaded with Emmy winners!

Ray concluded his letter by saying that "regardless of airdate I am thrilled at the prospect of showing the world your wonderful work".

However, after publishing the letter, Deadline has now published an update with journalist Mike Fleming Jr writing: "Maybe this is not as done a deal as the cast and director of The Comey Rule were told. Sources now tell me that the programming schedule is in flux due to COVID-19 and that some productions were delayed. As a result, several date changes will soon be made. Most important here, it is now looking likely that The Comey Rule will be moved into a slot before the Presidential Elections, I'm hearing. That will make the participants in the miniseries happy. Updates when they become firm." 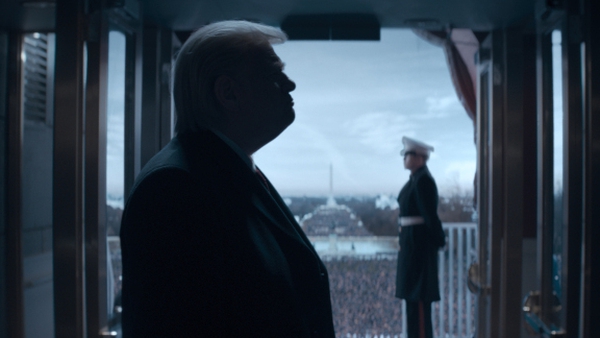