Tulisa Contostavlos has apologised to X Factor contestant Misha B for publicly accusing her of bullying behaviour while a judge on the show, saying she "clearly wasn't ready" for the responsibility.

Earlier this month, Misha B claimed she was left traumatised after her appearance on a live show in 2011, when she was accused by Contostavlos of being "feisty" and "mean".

The 31-year-old N-Dubz star, who was 22 at the time, said she had been given "the most powerful platform in the industry", but had not received any guidance.

Sharing a lengthy message on her Instagram account, Contostavlos said her initial apology had been "more a reaction to online violent/death threats to me & my family & people telling me to kill myself".

She said: "I fully acknowledge the pain I caused & fully accept people should be angry about it. I can state again there was nothing racial in my thought process.

"When I referred to Misha as being feisty & competitive that was a reflection of myself because I saw myself in Misha.

"We are both very strong women & when I communicate with people I always jump to what I have in common to find a basis to connect.

"However, I totally understand that it made Misha feel a certain way, as a young black girl hearing it from a young white girl on a huge platform, living in the oppressed society we do, full of racial slurs & undertones, not knowing my thought process." 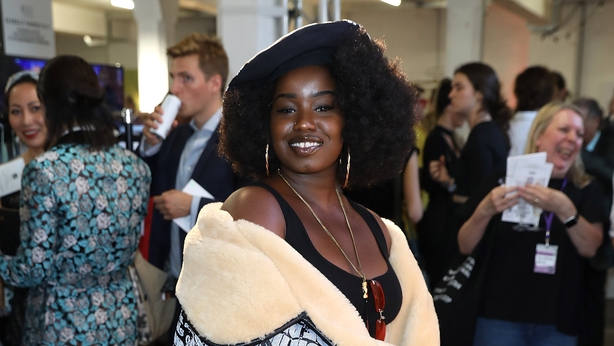 Contostavlos also addressed the events backstage which lead her to accuse Misha B of bullying behaviour.

In her previous apology, she claimed Misha B had made two of her acts cry, one on the night of their confrontation.

She continued: "On the back stage issue, I addressed it that day on air because when I feel under threat, or someone I care about is under threat, my instant reaction is to fight back.

"That day, someone younger than both of us came crying to me in my dressing room, upset over an accusation/judgment about them Misha had expressed & later admitted to me, which I felt was extremely harsh & it was not the first I had heard of this.

"I ran out there thinking, I'm doing the right thing, I have to call her out, I have to protect, I have to be a protector, attacking it head on is the only way to make it stop."

Contostavlos said she had let her emotions "get in the way of work" and that she had not stopped to think of the consequences.

"I didn't have any guidance & I'd been given the most powerful platform in the industry at the time," she added.

"I had a huge responsibility that I clearly wasn't ready for in those circumstances.

"If I could go back in time I would have pulled you aside, spoke about the issues, then probably opened up about my own issues, & we'd have had an open & honest dialogue, & maybe found some common ground in our childhood upbringings."