Saoirse-Monica Jackson has said she is "just so proud" that the show's writer, Lisa McGee, has been nominated for a BAFTA and admits she feels "grateful to be part of the show."

The much-loved show will be up against Fleabag, Catastrophe, Stath Lets Flats and Sharon Horgan’s Catastrophe at the televised virtual awards ceremony, which will take place on July 31.

Speaking on Friday's Ray D'Arcy Show on RTÉ Radio 1, Jackson said: "It's amazing. I still feel so grateful to be a part of the show.

"I think it's a real credit to Lisa's amazing writing once again."

"I mean I'm just so proud of it. I think Derry Girls is so much more than a comedy.

"It has all the underlying issues of the north of Ireland and it's so great that we've been recognised by an establishment such as the BAFTAs," she said.

Jamie-Lee O'Donnell, who plays loveable rogue Michelle Mallon in the show, says RTÉ viewers are "in for a shock" when series airs on the station for the first time on Sunday.

"They're in for a shock when it comes on but they'll love it," she said. 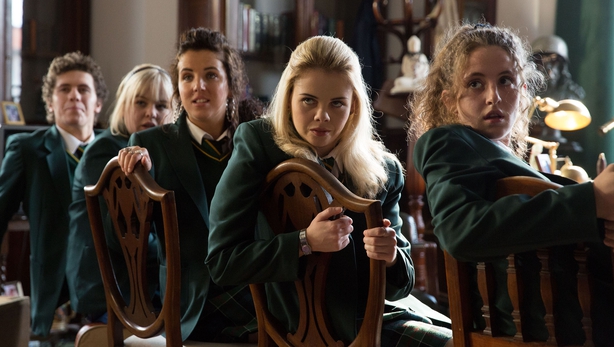 When asked about the highly-anticipated third series, O'Donnell said they haven't a clue what the script has in store for them.

"We actually don't know yet. It's the same as the others seasons - they tell us everything last minute - because obviously we're not great at keeping secrets," she laughed.

"We haven't got the scripts yet or anything. They'll be holding off until the last second," she said.

You can catch the first season of Derry Girls on RTÉ One on Sunday at 9:30pm.