Derry Girls star Nicola Coughlan has revealed that coronavirus crisis means the show's on hold and it's been a long time since she's seen her castmates.

The actress, who plays Claire in the hit show, said filming for the third series has been postponed because of the pandemic and the cast has still not seen scripts.

Speaking to Angela Scanlon on her podcast Thanks A Million, she said: "We were meant to start filming around now. It was mad because when this all started, I think your brain makes assumptions to make you feel better, like 'it'll just be a month, it'll be fine'.

"But filming has been put on hold for now which sucks, and we're all really excited to go back and start again and see the scripts because we actually haven't.

"We made the second series back in 2018, so it's been a long time since we've been together filming.

"There's tentative dates when we hope to go back but we don't really know at the minute. 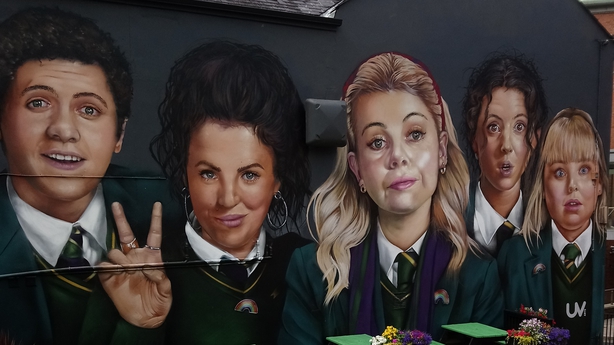 "Our lives all changed so drastically so quickly, and there's no-one that can relate to that in the same way. So we're lucky to have one another.

"I think no matter what other jobs I get to do, there's never gonna be anything like that. That's just gonna be a special thing.

"And I don't ever want there to be another Derry Girls. I want to go and do lots of different things, but I think it will always hold such a special place for me because it was the type of show I always wanted to be in.

"I was always like, 'Irish women are hilarious and I don't think we see enough Irish comedy on TV'. When I first met my agent Emma, I said: 'I really think I would do well in a Channel 4 comedy.' And this was before I ever knew about the existence of the script. I felt like that was the right path to start on."

She added: "When I got the script the script through, I said to my sister: 'I don't know why, but I feel like I'm going to get this. 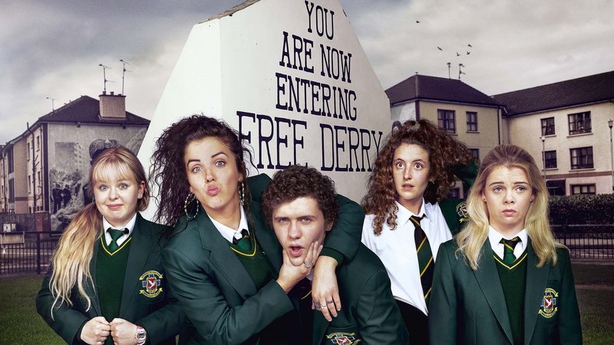 "I'd never played a character like that before, I'd never done the accent before. I said: 'I don't know, I just think I'm getting this job.'

"It was the most watched show in Northern Ireland on record, which is insane, which just made it a lot more difficult to film series two. I think what Lisa (Mcgee) wanted to show the joy of Derry and she's done so well.

"Because if you ever go there, that's what you'll see of the place. The people, their personality, how bright and sparky and funny they are.

"It's called the Maiden City for a reason. It's really ruled by the women. And I think the show shows that so brilliantly. I'm just lucky to be a part of it. I feel like an adopted Derry woman."

You can listen to Nicola Coughlan on Thanks A Million with Angela Scanlon on Tuesday on Apple, Spotify and all podcast providers.