Tell us three things about yourself.
I've just moved back to Belfast after living in London for three-and-a-half years, pursuing a career in music out there. I was the only A-Level music student in my year in school, so didn't really have a class and somehow got out with a B. Full-on miracle. Love a good game of chess.

How would you describe your music?
It's very hard to answer, genre-wise. A lot of music is moving out of the traditional pigeonholes people put them in, unless it's all-out RnB, Pop, Metal or whatever. I guess my stuff is somewhere in-between Indie, Folk, Rock and Pop.

How are you occupying yourself during the coronavirus lockdown?
I've been focusing a lot on finishing up a lot of unfinished songs and demos. I've had more time than ever to do that. Some days are better than others, I admit. But also, a lot of cooking to take my mind off things as dinner has turned into the highlight of nearly every day.

What's your favourite song right now?
I've been really loving all the songs HAIM have been dropping ahead of their new album. The Steps and I Know Alone are amazing.

Favourite lyric of all time?
This is so hard. The first that came to mind is "I will become what I deserve" in The Fear by Ben Howard.

If you could only listen to one song for the rest of your life what would it be?
Cowboy Song - Thin Lizzy.

Where can people find your music/more information?
All the usual places, I suppose. Spotify and all other streaming platforms for music. Social media everything is @ConorScottMusic. 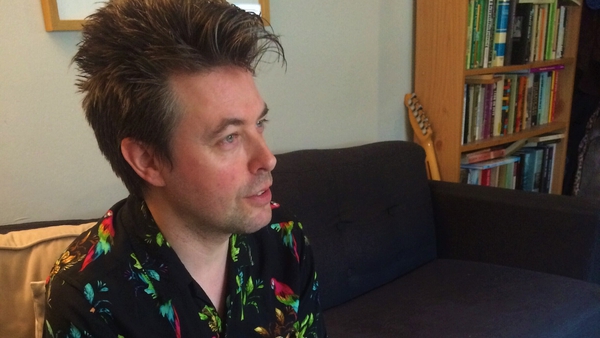 Behind the music: Barry McCormack Music