Sinéad O'Connor told Ryan Tubridy on Friday's Late Late Show that she is planning to go to college in September to study to become a healthcare assistant.

O'Connor, who memorably performed on the first episode of this season's Late Late Show, returned for the season finale to sing again and talk about her future plans.

"I have a gift with frightened people".

"We spoke before about hospice [care] and what you wanted to do with people - kind of befriend them and guide them," said the host. "Are you thinking of taking that a step further?"

"I've been accepted onto the course to start in Bray Institute of Further Education in September," replied O'Connor. "So it's the FETAC Level 5 healthcare support course."

"What will that mean that you'll be able to do or like to do?" asked Tubridy

"It will mean you have a diploma and you can work as a healthcare assistant," explained O'Connor. "So you can work as a healthcare support in any area, really. But the area I want to work in particularly would be hospice work, would be palliative care, as a companion. So the area I would most like to work in would be companioning people who for one reason or another don't have family 'round or are on their own.

"I think I told you before I had a brief period of a voluntary job in the States working for a veteran hospital there. It was a programme called No Veteran Dies Alone and it was for soldiers who had perhaps outlived their families or maybe they didn't get on with their families or whatever.

"Obviously, the Covid thing gave me more impetus: A) What do I want to do with my life? and B) If I had taken this course two years ago, which I was going to do but touring got in the way, I could have been out working now, helping people, which I would have liked to be doing. So I want to do the diploma to work in palliative care, but I'm quite happy to work in other areas also."

O'Connor said the "most daunting" thing for her about the course would be learning to use Word.

"I didn't go to school much, as my poor father will tell you," she added. "And the only exam I ever did was the Inter Cert - and I failed everything except Art. I just hope I pass it, but if I don't pass it I'm going to keep going until I pass it." 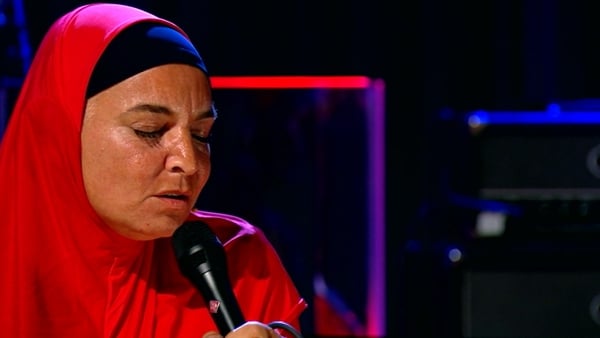