Lana Del Rey has reacted to criticism over comments which she posted on social media about what she perceives to be double standards in the music industry.

The 34-year-old also said she was not racist and took a swipe at singers who have number one songs about being sexy, saying she feels that she should be able to sing freely "without being crucified"

She wrote: "I’m fed up with female writers and alt singers saying that I glamorise abuse when in reality I'm just a glamorous person singing about the realities of what we are all now seeing very prevalent in emotionally abusive relationships all over the world."

Reacting on Twitter, her fans said that the comments were ill advised.

What's blowing my mind is that Lana Del Rey is VERY successful. VERY accomplished. Her debut sold more records than names mentioned COMBINED. What is she talking about???

Lana blatantly ignoring the criticism Beyoncé, Nicki, and other black women have received (and continue to) for being confident in their sexuality doesn't sit right with me. Commercial success hasn’t made them exempt from misogynistic attacks masked as constructive criticism.

Yes, conversations about misogynistic double standards ARE important. But don't make yourself a martyr for the cause by bringing down other women to make a point. Feminism is already for delicate cisgender white women, Lana. You’ve had a place at the table for a long time. 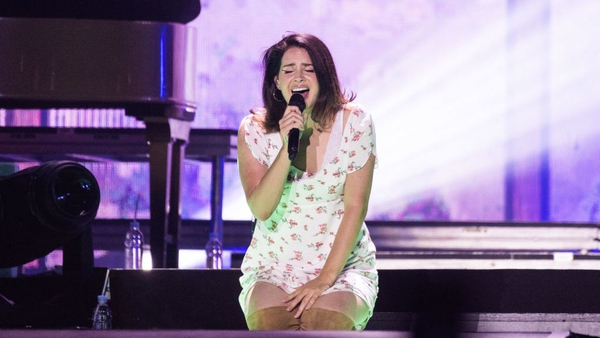