The 2015 Rose of Tralee, Dr Elysha Brennan, used her time on the Ray D'Arcy Show on RTÉ Radio 1 to urge the country to "stay the course" in the fight against Covid-19, adding that she has never felt so proud to be Irish.

The 27-year-old from Co Meath, who is a cancer survivor, is working in a Dublin hospital in her first year as a junior doctor.

She told Ray D'Arcy that although she is "totally well", she is working in a "lower-risk environment" because she is a cancer survivor.

"My immune system might be a little bit lower than the next person, so it does put me in that vulnerable risk group," she explained.

"I get an infusion every month, so it was a little bit complicated when we were in the preparation stage for Covid where I was going to be put [to work]. I suppose in the middle of March it was a decision made by my consultant and encouraged by my colleagues and friends that I was redeployed to a lower-risk environment within the hospital. So that's where I've been for the past couple of weeks.

"I'm in the first year of my training, which makes me an intern. So I was originally up on the ward dealing with surgical patients and I was redeployed in the hospital to an area called Occupational Medicine. Occupational Health looks after staff wellbeing and health and advocates for staff. So that's where I've been for the past couple of weeks.

"It's almost, I suppose, transformed into a Public Health environment - we're looking after staff who test positive, arranging for staff to be swabbed [for Covid-19], providing support and reassurance and follow-up for staff as well and dealing with kind of everything and anything at the moment. It's been really, really varied."

Dr Brennan said "the month of April was a bit of a blur".

"The first couple of weeks in March we were kind of in this anticipation phase," she recounted. "And because we saw what was happening - first of all in China and then it spread to Europe, in particular Italy - we had that bit of time to prepare. April was a tough month for everyone. The first couple of weeks in May we kind of saw that - it's been said in the media - curve flatten and things are slowly but very surely starting to normalise bit by bit, thank God."

She described herself as "so proud to work amongst such kind and compassionate and selfless people, who really put their lives on hold to care for others". "It's been a very humbling experience to be a part of," she added.

Looking to the future in the fight against Covid-19, Dr Brennan said there is "a sense of cautious optimism", but that we must "stay the course".

"If you'd said to us three months ago we'd be in this position now I wouldn't have believed you. That's why I think we're all just taking it day by day and hoping as we slowly re-enter some sort of our new normal, or in this adjustment period of re-opening Ireland, that things will continue to become better and hopefully the numbers will keep going down.

"But as I said, it is cautious optimism. I mean, the nation as a whole has done absolutely phenomenal and I don't think I've ever been as proud to be Irish as I have over the past couple of weeks." 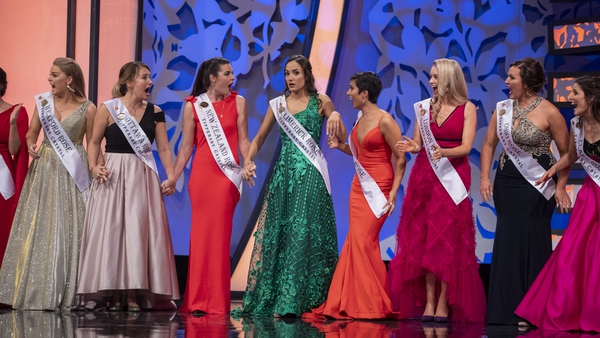