Dwayne 'The Rock' Johnson has said he is honoured that his daughter wants to follow in his footsteps and become a professional wrestler.

Johnson’s 18-year-old daughter Simone has signed a contract with the WWE to become a professional wrestler and he said he is very proud of the hard work she is putting in.

Johnson, who wrestled professionally for eight years before pursuing an acting career, told The Tonight Show starring Jimmy Fallon: "It blows my mind. First of all, I mean, what an honour. My daughter wants to follow in my footsteps.

"But more importantly... Follow in my footsteps sounds cliche, but she actually wants a career and to blaze her own path, which is just so important.

"She wound up being the youngest signee in the history of the company at 16. By the way, she's 18 now but at 16 she was working her a** off quietly, under the radar, in the ring, getting thrown around and you know… All the bumps and bruises that go with pro wrestling. She hung in there, and I'm very very proud of her."

At the time of signing her contract in February, Simone said she feels grateful to "carry on that legacy." 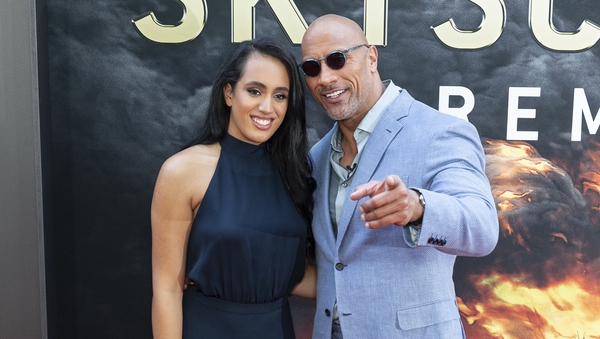