Ryan Tubridy took time on his RTÉ Radio 1 show on Thursday to mark the tenth anniversary of his friend and colleague Gerry Ryan's death, telling listeners: "He was so good to me."

"He was a dear friend, and I just wanted to share a few brief thoughts with you," began the presenter.

"I remember the day, because it's etched in my mind. I was walking across the grounds here, getting ready for The Late Late Show and a phone call came through from a mutual friend of ours to say, 'I've got terrible news about Gerry'. 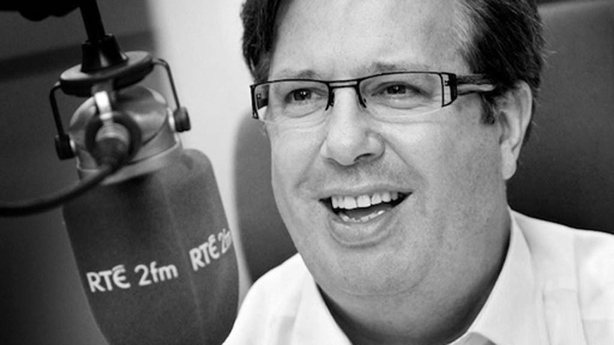 "And he told me that Gerry had passed away. And the truth of the matter is I didn't believe it. I thought, Gerry being Gerry, I thought, 'He's completely spoofing you. This is a trick, and you'll hear from him between now and lunchtime'. Any my poor friend said, 'Ryan, you really... This isn't trickery. He's gone'."

"And it was desperate," Tubridy continued. "And we had to pull together a show the like of which we haven't seen since, well, probably with the exception of Gay's [tribute] show. And everyone very kindly pulled together.

"I remember sitting in the make-up department and, weirdly, the guest we had on was the woman who played [President] Bartlett's wife [in The West Wing] - Stockard Channing, the actress who's in Grease. She couldn't quite understand why everyone was crying. We had to explain to her, 'Listen, one of the good guys unfortunately has left'. And she got it, but it was all very surreal."

"I just wanted to mark Gerry's passing, because he was so good to me on a personal and professional level," Tubridy recounted. "I remember when I got the job on The Late Late Show he joined us for a drink the night the news came out, and it was very big of him to do that - for a number of reasons.

"He was very, very kind to me and kind of minded me a lot. And when somebody who minds you a lot dies, it's an awful void. I can only imagine what it's like for his kids, because I was just a friend, but to be a daughter or a son, it must be that multiplied by a million.

"So, he's missed. He's missed a lot, and often. I think about him often, because I would often love to have his ear."

"May he rest in peace," Tubridy concluded. "I hope he's resting. I hope Gay joined him for at least one whiskey when he got up there. And we'll see them all soon. How about that?"

Watch Gerry Ryan: A Legacy on the RTÉ Player.