Normal People star Paul Mescal has joked that his character Connell's GAA shorts "are doing all the work" in the fervid response to his performance.

The adaptation of Sally Rooney's bestseller, which premiered on BBC One on Monday night and began on RTÉ One on Tuesday, tells the story of Connell's relationship with Marianne (played by Daisy Edgar-Jones) through their last year in school and their time in college, and has been hailed as one of the dramas of the year.

Mescal and filmmaker Lenny Abrahamson, who directed six of the 12 episodes, joined the Ray D'Arcy Show on Tuesday as they tried to make sense of the already-rave reaction to the show.

"I believe your GAA shorts are getting particular attention," said the host.

"To be honest, the GAA shorts and the chain are doing all the work for me!" laughed the Kildare actor.

"I was thinking that with the general reaction to Paul on social media from a lot of people, it is a kind of cruel irony that he's currently locked in a flat in London on his own and can't go out!" laughed Abrahamson.

When asked how he is coping with the attention, Mescal replied: "It's unprecedented for me in the sense that I don't... This is my first kind of 'go' at something like this.

"I've nothing else to kind of measure it off, but it has been a crazy kind of 48 hours of messaging, messages from friends from Maynooth and people that I worked with on this. It's been a really lovely 48 hours."

He also confirmed for listener Terry in Cork that he is "the same guy who went to Ballyhaunis in the Denny ad on TV".

"That was actually my screen debut, I'd say, was my trip to Ballyhaunis!"

Watch the first two episodes of Normal People on the RTÉ Player. 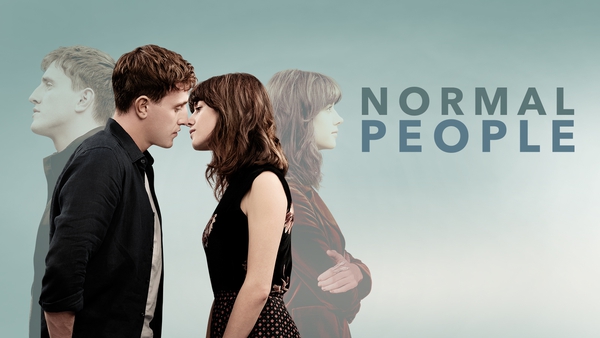